Why Is My Car Leaking Oil? 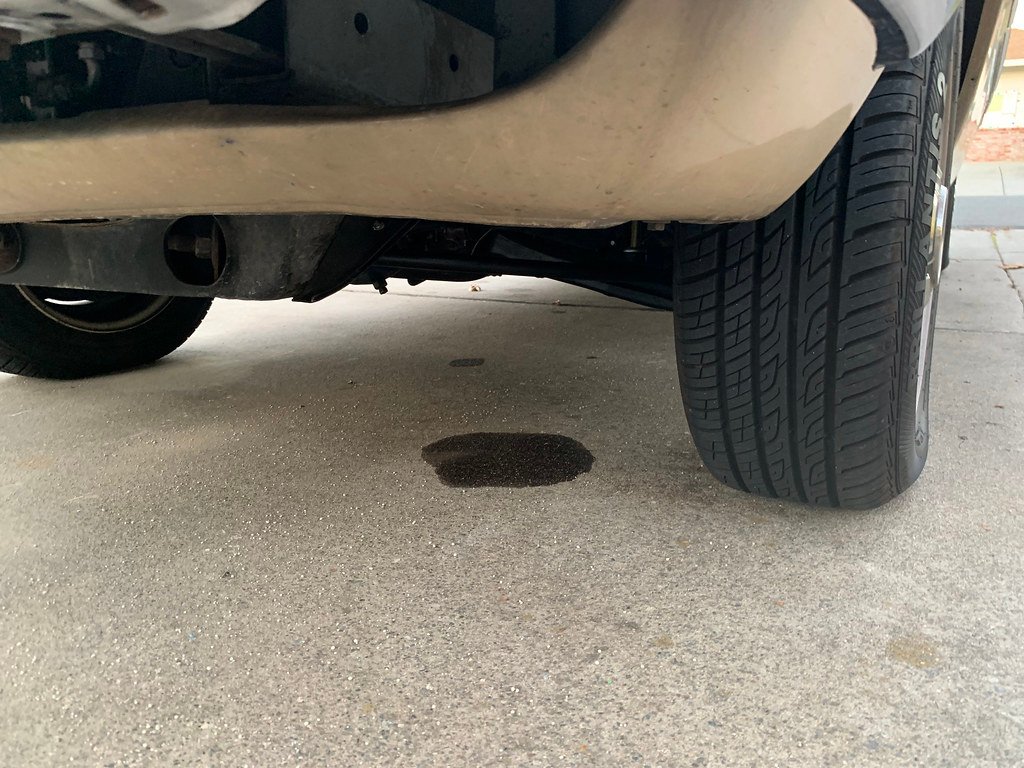 You might have noticed a few drops or a big puddle of oil forming beneath your car. Engine oil leaks are more common than you may think and even well-maintained cars develop oil leaks at times.

However, ignoring oil leaks can quickly turn into expensive repairs and even engine failure.

The most common reasons for oil leaks in cars are worn O-rings and failed engine gaskets. Oil Leaks can also be caused due to improper or loose seals.

These are just the most common reasons, there are many other reasons due to which you are experiencing oil leaks in your car. Here is a complete list of the possible reasons why your car might be leaking engine oil.

Common Reasons for an Oil Leak in Your Engine Compartment

Worn out or damaged oil gasket is one of the most common reasons for oil leaks in a car. Rough roads can lead to a hole which can result in an oil pan leak. Oil gaskets also suffer from a lot of wear and tear and hence result in oil gaskets leak.

Rubber seals are used in the engine to join two components. Engines get too hot which can cause rubber seals to get harden and eventually crack with time.

Badly fitted parts can also result in leaks. If the replacement parts are not tightened properly or tightened too much, it can cause leaks. Therefore, it is recommended to use a torque wrench when working on your car.

Damaged valve seals or rings could also be the reason behind oil leaking. However, if there’s no hole in the gaskets, the oil will not make out of the engine so you will not notice a leak.

Damage to the Underbody of the Car

Sometimes due to rough roads or hitting a speed bump can cause an oil leak. Damage to the underside of the transmission or the oil sump can also result in oil leaks.

Regardless of the reason for an oil leak, it is necessary to get it fixed immediately. Take your car to a professional if you notice any sign of oil leaks. In the following section, we have mentioned some of the common signs and symptoms of the oil leak. Keep an eye on them to avoid any further damage to your car’s engine.

What Exactly is the Purpose of Engine Oil?

The primary purpose of engine oil (also known as motor oil) is to lubricate all the metal parts that are inside the engine. It usually creates a thin coating on the cylinder walls, valves, pistons, and other parts inside the engine to prevent them from touching one another.

Another purpose of engine oil is to control heat. It allows the parts of the engine to slide easily and when the oil comes in contact with the metal parts, it absorbs the heat. Engine oil also works to improve viscosity, reduce friction, and clean the engine

What Are the Symptoms of Oil Leak?

Since engine oil plays such an important role in the proper functioning of your engine, it is necessary to keep an eye on the oil leaks. Here are some top symptoms of engine oil so that you can get fixed before it leads to a bigger problem-

Dark Puddles Beneath Your Car

Dark puddles or drip marks under your car are the most obvious signs of oil leaks. But you need to take a closer look to ensure that the leaking fluid is engine oil only not another fluid. Here’s how to be sure:

When oil leaks from the system, the engine gets hot and it drips onto the exhaust system. If you leave the problem for too long it can cause damage to the engine sensor. If there is a burning smell or smoke coming from the engine, you need to call a mechanic without any delay.

A low oil level is an indication of an oil leak. Check the oil level manually by opening the hood and checking the oil dipstick. Modern dipsticks have lines to indicate the level of the engine oil. If it is below the line, your engine doesn’t have enough oil or there’s a leak somewhere.

Your dashboard gives you various warnings that shouldn’t ignore. It will alert you if the oil level is lower than normal. Pull over when you see the warning flashing on the dashboard and inspect if there’s an engine leak or not.

Should You Drive Your Car with an Oil Leak?

You should NOT drive your car for long distances if you have inspected an oil leak in your car. The reason? Engine oil is a highly inflammable liquid which if ignites can start a fire and destroy your car.

Another reason why shouldn’t drive your car if there’s an oil leak is that even a small leak can become a large leak while you are driving. This way you could leave all the oil and it could cause damage to the engine.

Once you determine there’s an oil leak, it is best to treat the problem as soon as possible. Get in touch with a mechanic to prevent further damage.

How to Prevent Oil Leaks?

One of the best ways to prevent oil leakage and keep your engine in good condition is regular maintenance and routine oil change. It is also necessary to use the right type of oil for your car’s engine.

You can also take the help of an automotive professional to make sure your car’s engine is efficient and there’re no leaks. Routine check-ups are a great way to maintain your car’s overall functioning.