How to Choose the Right LED Lighting for Your Home? 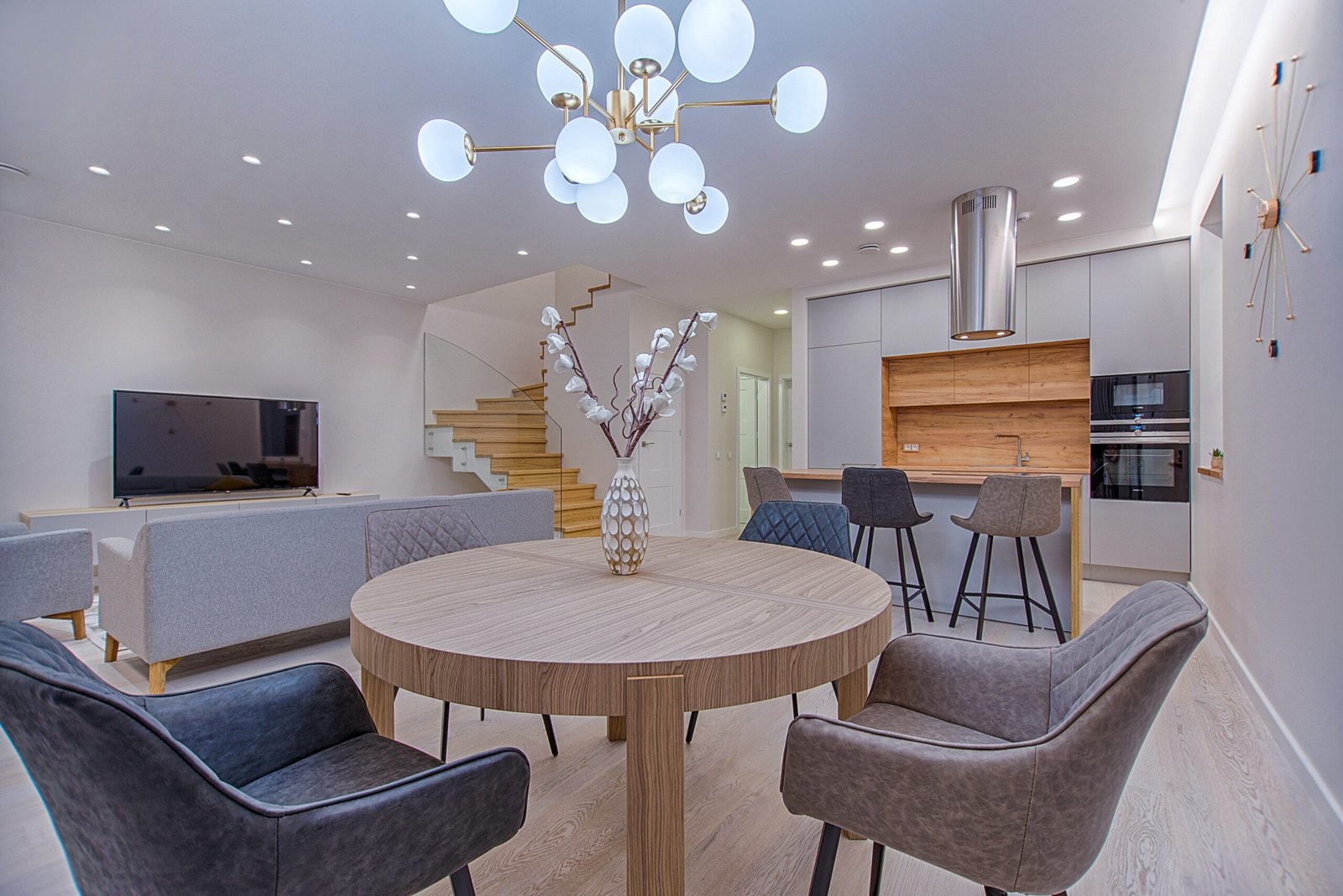 Correctly selected lighting in the home improves the quality of life, creates a pleasant atmosphere for well-being, relaxation and work. Home LED lamps are one of the most convenient, modern and economical options for indoor lighting.

Device and Features of Diodes

LED technology was developed back in 1962, but only recently has it started to be actively used. LED comes from the English light-emitting diode, which means “diode that emits light.” There are many types of LEDs, and although they differ in their structure, the core of each is always a semiconductor chip. It turns electricity into light.

Typically, a chip is made from silicon-based crystals with various additives. In an LED, this crystal consists of two layers, one of which is called “p” and the other “n”. The “n” layer has many electrons and the “p” layer has many holes. If a current is connected to such a crystal, electrons from the “n” layer begin to jump into the holes from the “p” layer. During this jump, they have a significant excess of energy, which they “throw out” outside in the form of light.

How to choose an LED lamp for your home?

They are also distinguished by the angle of incidence of light, its color and luminous flux characteristics. All these characteristics are important and we will consider each of them separately. It should be noted that the question: “Which LED lamps are better?” has no definite answer. You need to look at the installation site, purpose and area of ​​the room, design style and lighting preferences. For example, if you want to install lights for your room. Then you should pick 4 feet led tube light that goes perfect with the available space.

The power and brightness of LED lamps are inseparable and interdependent indicators. It is often important for people that purchased LED lights have the same brightness as a traditional incandescent light. Brightness is defined as the value of the emitted light beam and is measured in lumens. Information about it can be found on the packaging of LED lights.

How to choose an LED lamp in terms of power through the ratio of indicators of incandescent lamps and LED lamps:

Having carried out simple calculations, you can determine how many lights of what power will be needed for a particular room.

A certain color is created depending on the type of material from which the crystals of the LED chip are made, and depending on the distance that electrons jump between the layers. White light can be warm or cool. The LED only glows in one specific color, which is why it seems so rich, saturated and just plain enjoyable. The colors on the packaging are marked with the RG LED symbol.

DIP LEDs are the most popular type of LEDs, mainly due to their low cost. The illumination level of a light with DIP-diodes will be the higher, the more they are installed. One LED light can contain up to 80 DIP diodes, and the most powerful lights can be 3-4W. If you want to get LED lights, then visit www.lepro.com for the ultimate lighting.

LED SMD are used for surface mounting. They have better lighting parameters and higher efficiency than DIP diodes. They are smaller, square or rectangular in shape.

In LED lamps, you can get light of different color temperatures:

LED lighting in the form of strips is also produced with colored radiation – red, blue, green.

The more Kelvin, the brighter the light. So, the range of naturalness is 4000-4500, daylight 6000-6500, but this cold color option is not used in residential premises, but it is in high demand in operating rooms. Housing lights cannot have a value higher than 4800K.

The transmission index determines how naturally objects in the room retain their natural color when exposed to lamp light. Ideally, artificial lighting for an apartment should not distort the colors of furniture and wallpaper at all. The reference is sunlight, its color rendering index or CRI is 100. The maximum achievable figure of 97 will be obtained using CRI LED lamps. Acceptable – no less than 80. Anything below – all gray or like in a nightclub.

Dependence of the scattering angle on the shape of the light

Home LED lights come in a variety of light shapes. The most popular are: