What is Baja Blast? 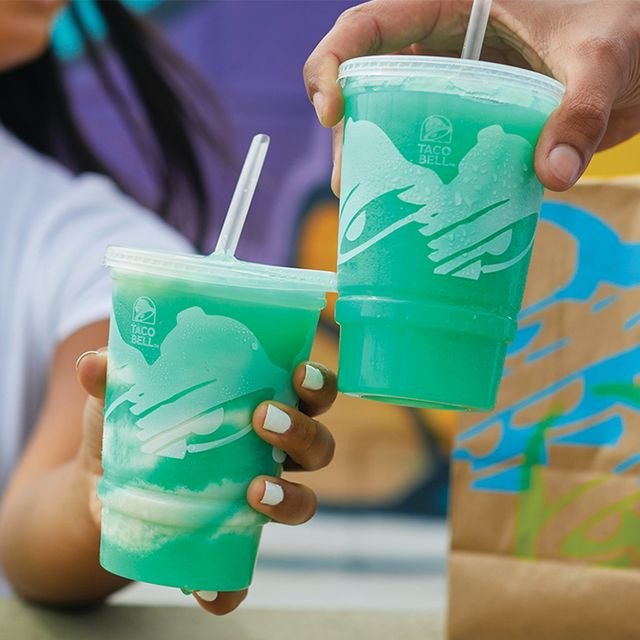 Baja Blast is a tropical citrus beverage that was first introduced by the popular Mexican fast food chain, Taco Bell. The mountain dew soda pairs very well with tacos and nachos if we do say so ourselves.

Due to Baja Blast being exclusive only at Taco Bell locations, this left some frustration among the fans of the beverage. Some people found it annoying that they couldn’t get their favorite beverage at their local grocery or convenience store.

There had been gossip for years whether or not Baja Blast would be accessible other than Taco Bell. What seemed like an eternity, Mountain Dew made Baja Blast drinks accessible in bottles in gas stations and cans in grocery stores.

We are unsure of why it took so long for Baja Blast to be available at every mainstream store, but we are sure glad it finally happened! Some may still agree that the Mountain Dew beverage has a stronger, bubbly flavor from the Taco Bell soda fountain machine.

In 2014, Baja Blast came in 2nd place as the best selling beverage at Taco Bell, behind Pepsi. We we’re a little surprised to find that out, are you?

What flavor is Baja Blast?

Baja Blast contains flavors of lime, mango, pineapple, citrus, and many more tropical fruit flavors. Mountain Dew uses the term “tropical lime storm” to describe the beverage. Mountain Dew has remained very secretive when it comes to revealing the ingredients in the popular drink. Most likely so there are no competitors.

Needless to say, Baja Blast has become a very popular drink. Although a lot of us were upset it was only available at Taco Bell for the first 10 years of it’s existence, looking back, we cant imagine what other fast food joint it would of had the same appreciation that it did.

I think it’s safe to say we are just all happy it was created and shared to the public in the first place.