Floyd Mayweather Children – All You Need to Know 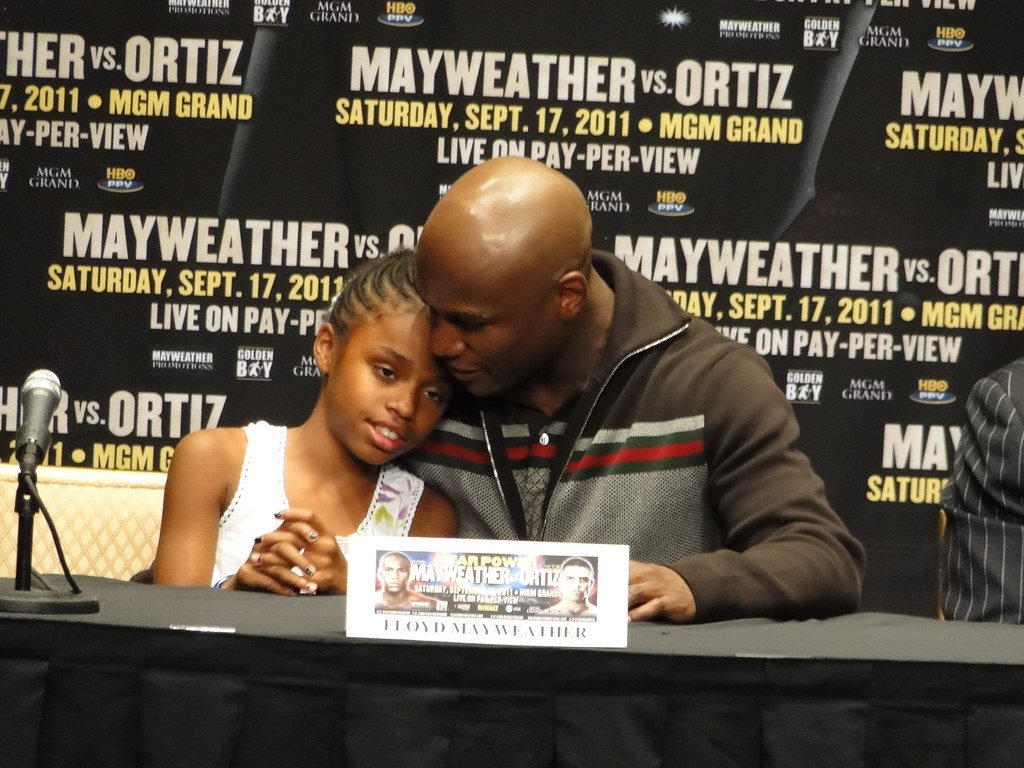 Floyd Mayweather is a legendary boxer and father of four children, Koraun, Iyanna, Zion, and Jirah. He also has an adopted son, Devion.

Of course, Mayweather is most famous for his incredible boxing skills – he is a world champion in five different weight classes and has never been defeated in a professional match.

However, Mayweather’s children are also making headlines. Let us take a closer look at them today.

All You Need to Know About Floyd Mayweather’s Kids:

Koraun is the oldest of Mayweather’s children. Unfortunately, he does not have a good relationship with his father. This was because Mayweather didn’t behave well with Koraun’s mother, Jossie Harris. Mayweather was arrested in 2010 for domestic battery against Harris.

Koraun is known for his large social media following, with 380,000 followers on Instagram. He also runs his Youtube Channel called, King Koraun. He is passionate about being a singer and songwriter.

Mayweather’s daughter, Iyanna is the only one of his children who has a great bond with her father, Mayweather. She has been very pampered and “spoilt” by him. She is 21 years old.

She has been showered with expensive gifts, especially on the occasion of Iyanna’s birthday every year. On her 14th birthday, she got two Mercedes Benz cars as a gift!

Mayweather is very close to his daughter and often posts pictures of her on social media platforms. She is the daughter of Mayweather and Melissa brim.

He is a social media star and has a huge following on social media platforms. Zion is the middle child of Mayweather and Jossie. Eldest being Koruan and the youngest being Jirah.

Zion’s 16th birthday was a huge bash. Along with a Mercedez Benz, he even witness Young Thug perform which was a birthday gift from his dad.

Some say that Zion may decide to follow his Floyd’s footsteps with boxing but it is all just whispers right now.

Jirah is the youngest of all and sadly doesn’t share a good relationship with her father. She has openly spoken against Floyd Mayweather on social media platforms. Jirah is also a social media star i.e an influencer.

She is known for being a Tik Tok and Youtube star. She is 18 years old.

Following a dispute, Floyd was blamed for strangling his adopted son Devion Cromwell. Floyd came suddenly to Melissa’s home on Halloween 2014 and saw Devion with some friends. Devion was claiming that Floyd was not his real father which angered Floyd and pushed him to the brick of strangeling Devion.

Melissa Brim was only 16 when Floyd met her.

Melissa and Floyd have a daughter, Iyanna, although they met when Floyd was still married to Josie.

Melissa has now walked away and they were not engaged.

Floyd and Josie’s relationship started in the year 1995. They were engaged for a while before breaking up in 2005.

Josie accused Floyd of abuse, and the initial charges were filed in 2005. She eventually dismissed the charges, claiming she had lied about the abuse. In 2010, Josie lodged new accusations, alleging that he assaulted her while visiting her and their kids.

Josie was found unconscious in her automobile on March 11, 2020, at the age of 40. They say that she passed of an overdoese.

As we saw earlier, Floyd and Josie had three children: Koraun, Zion, and Jirah.

Shantel was among Floyd’s longstanding partners, and the two got engaged in September 2010. They began dating in 2006 and stayed together until their breakup in 2014.

Following their separation in 2014, Shantel filed domestic abuse, violence, harassment, and violation of privacy accusations against Floyd. Not a happy ending, after all.

Floyd Mayweahter Jr. is not married right now, but he does seem to be dating Instagram model Gallienne Nabila. From October 2019, the two are often seen together on multiple events.

Gallienne Nabila is an Instagram model with over 600k followers. She is followed by several prominent boxing media profiles. She has a TikTok account as well.

The Boxing Background of Floyd Mayweather

Floyd was born in a family of boxers. His father is a welterweight fighter, and his uncles, Jeff and Roger Mayweather were also boxers. Mayweather Sr, on the other hand, was his son’s boxing coach. As a coach, Floyd Sr. would succeed far better.

Mayweather Jr., who is famous for his defensive abilities and absolute mastery of boxing approaches, inherited all of his expertise, grit, and determination from his father.

As you can see, Floyd Mayweather has had a great life when it comes to his career but also his romantic life hasn’t been as lucky.

His kids on the other hand have been in the spotlight quite a few times. It will be interesting to see how his kids turn out and how well they do in the future.