Why is Caillou Bald? 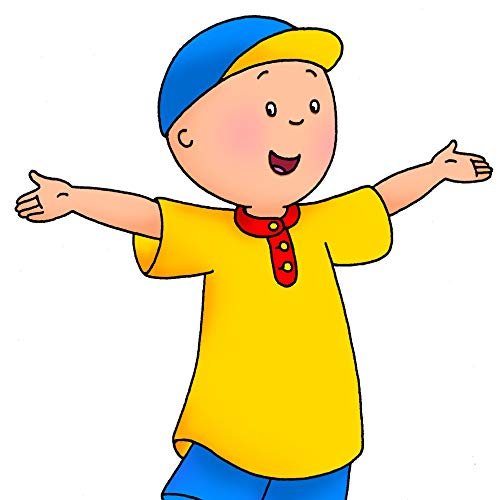 There are many theories surrounding why Caillou is bald however the official website states he is bald because he was introduced as a nine-month-old bald infant and they did not want to change his look as he got older because it was hard to recognize him with hair.

Some of these classics included Bear in the Blue House, Sesame Street, Blue’s Clues, and many others. It is no secret that these popular shows contributed to endless hours of joy and delivered valuable lessons to children. Certain cartoons however didn’t meet the mark when it came to popularity.

Caillou, which is based on a series of books under the same name, was also a popular television serial that started out in September 1997. Although it ran for a really long time, the series was straightforward and did have its fair share of critics.

The show revolved around the main character Caillou and how he spends time with his parents and sister while putting his creative imagination to use.

Although the plot did not have any outrageous content as such, National Post in 2017 claimed that Caillou was the most reviled children’s program and a large number of parents agreed.

This is mainly because the personality of Caillou was a whiny one and there wasn’t any educational material on it. His colorful outfits and bald head however are something that a lot of people appreciated and his bald head did give rise to a number of bobbleheads. It is now time to clear the air once and for all as to why Caillou is bald.

An Introduction to Caillou

The Caillou series is a Canadian children’s TV series that first aired in 1997. The show is about the adventures of a four-year-old boy named Caillou who lives with his family in Canada. The story follows him on his day-to-day activities, including playing with his friends, family, and pets, at the park, and at home.

The show is often criticized for its lack of educational value and for its poor-quality animation.

In some countries, the show is known to use different names:

For many years, audiences argued about Caillou’s bald head. One of the unproven theories was that Caillou was getting treated for cancer which resulted in his bald head.

This theory did however explain why his parents give in to all his demands. This also resulted in various parents complaining about how children expect to be given everything just how Caillou was.

Another theory was that when Caillou was first introduced in the book series in 1989, he was a 9-month-old child. Since most infants are bald, he was created as a bald character.

The production house wanted to keep his look the same and did not want him to have a head full of hair as this would have confused children. His baldness also made him stand out and made him look different, teaching children that it was normal to look different.

The official website claimed that most children didn’t seem to be affected by his baldness in any way. It was only something the elders paid heed to.

Caillou Is a popular character from the television series named Caillou. He lives with his parents and his sister in a blue house that is on Pine Street. Caillou is friendly, creative, and very curious.

He puts his imagination to use and creates his own adventures that he can refer to his real life. He also puts on puppet skits.

Caillou is based on a book series written by Hélène Desputeaux. The first episode of the series was aired on 15th September 1997 and it ran for five seasons with a total of 92 episodes.

Where Does Caillou Live?

His address is 17 Pine Street and there are various other inhabitants in the series that live close to his home.

What Language did Caillou Speak?

Caillou can speak fluent English and French since he hails from Canada and French is a popular language there. His name is pronounced as Caillou (Kai-You).

Is Caillou Banned in the United States?

Yes, Caillou is banned in the United States mainly because of containing inappropriate content. This content did not go down well especially with preschoolers.

There were also episodes of violence and bullying which isn’t something children should be exposed to.

Is Caillou Still Airing in Canada?

Caillou still airs for Canadian audiences and while it didn’t go down too well with the US audience, Canadians seem to love Caillou’s character despite his obvious flaws.

The show is about a 4-year old boy named Caillou who loves to learn new things. The show teaches kids social skills, math, problem-solving, and vocabulary.

Caillou’s catchphrases have caught on and children love imitating his character. Although the character is mischievous, there are things that children can learn from the series.

A lot of parents have mixed feelings about Caillou for their children. Some find it to be too simplistic while others find that it is very educational for young children. Critics say that the episodes are boring or that they are too repetitive.

They also say that there are not enough choices for children to watch when there are so many on TV these days. Caillou is still going strong in Canada and other countries despite reservations by parents in the United States.

The production house claims Caillou’s adventures will continue and they will keep adding social messages and lessons to help children learn something from the show.

For parents who want their children to watch more educational programming versus cartoons, Caillou has its perks. It teaches kids how to behave in social situations, how to handle being frustrated or sad, how to be a good friend and sibling, and many other things.