Why Did Martha Stewart Go To Jail? 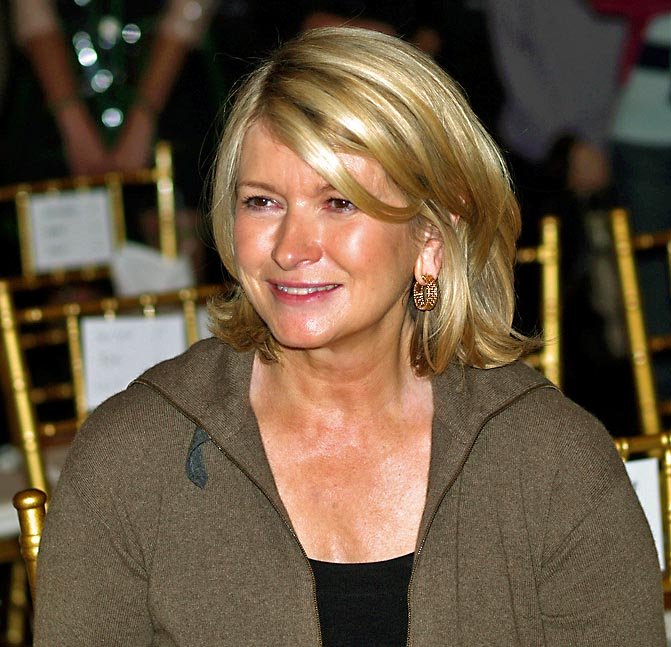 An excellent chef and one of the most sought-after lifestyle experts of all time, Martha Stewart has been such a massive part of our kitchens and homes for decades. But who knew that a woman known for her entrepreneurial endeavors would land up amidst a tycoon of legal issues?

Of course, it was almost out of character and extreme power for someone like her to be arrested. After all, when you are making a whole lot of money, there’s an unspoken rule that you can really work your way around with your legal team to get you out of trouble. Sadly, that didn’t work for Stewart.

In the past few years, Stewart has somewhat reinvented herself, is now best friends with Snoop Dogg and also his favorite port brownie baker! She teamed up with him for Martha & Snoop’s Potluck Dinner Party.

However, back in 2004, she was in a correctional facility for five whopping months. This is because, in December 2001, Stewart got involved in an “insider trading” scandal, that eventually led her to spend all that time in federal prison.

Scroll through this article and brace yourselves as we unearth everything related to Martha Stewart and her rendezvous with being imprisoned!

Martha Stewart is best known to the world as the Queen of Domestic Arts. She is a media personality and entrepreneur who got her claim to fame through several business ventures.

She laid the foundation of her media empire and also wrote a number of best-selling books as the founder of Living Omnimedia. In fact, she also hosted two TV shows, named Martha Stewart Living (1993-2004) and Martha (2005-2012).

What Charges Were Pressed on Martha Stewart?

Martha Stewart’s tryst with trouble began in 2004 when she was convicted of charges on the ImClone stock trading case. Towards the end of 2021, the ImClone stocks drastically swooped when their experimental drug failed to pass the FDA approval. Later, it was revealed that Samuel D. Waksal, the company’s founder warned his friends and family that the drug was not going to get approved. So, he, his acquaintances, and friends sold the stocks before the anticipated price drop.

Once Stewart got a tip about the same from Peter Bakanovic, her broker, she sold approximately $230,000 of her ImClone shares just a day before FDA’s decision. Although she succeeded in avoiding such a hefty loss of about $45,000, she was soon going to fall into trouble. Her participation would have gone undiscovered if Doug Faneuil, her broker’s assistant hadn’t confessed her involvement to the investigators.

Once the news broke out, charges were pressed on Martha Stewart on grounds of securities fraud, conspiracy, and obstruction of justice. She did plead her case by trying to explain that she had a standing order to immediately sell her shares in case the ImClone stock prices fell below $60.

All this while, she maintained her innocence. But, it was on July 16, 2004, that she was declared guilty. Later, she was sentenced to five months in prison, followed by five months of home confinement, and probation of two years.

Where Did Martha Stewart Go to Prison?

After Stewart was sentenced, she requested to either serve her time in Florida or Connecticut for her old mother to be able to visit her. In fact, her primary choice was FCI Danbury, the place where Piper Kerman was kept before she wrote her book Orange Is The New Black.

However, the news of Stewart’s arrest caused a massive media circus, and allowing her to serve her time at Danbury could escalate the situation. So, according to Distractify, in order to make an example of her, the judge sentenced her to serve time at FPC Alderson in West Virginia.

Martha Stewart began her prison time in October 2004 and served for five months before she was allowed a release in March 2005.

Everything About Martha’s Stewart’s Prison Time

In 2017, Stewart made an appearance on The Today Show and threw light on how “horrifying” her entire prison experience was. She also added that it was something no one should have to go through. Interestingly, her rumored nickname during her time in the prison was “M Diddy.”

When Katie Couric asked Stewart if there was any learning experience or a useful lesson to remember, she pressed that there was no silver lining to it. She said, “It was horrifying, and no one—no one—should have to go through that kind of indignity, really, except for murderers, and there are a few other categories.”

“That you can make lemons out of lemonade? What hurts you makes you stronger? No. None of those adages fit at all. It’s a horrible experience. Nothing is good about it, nothing,” she further added.

Martha Stewart in the Present Day

After serving five months in prison, the 80-year old was finally released and resumed working to expand her empire. As an excellent comeback, she launched a talk show, released many more cookbooks, and even hosted The Apprentice for a season.

She was barred from her position as the Director of her company for five years. But, according to Mashed, she continued to hold 90% of the voting stocks and govern 50% of the company’s stock.

Surprisingly, during her prison time, the value of her stock doubled, leading her to become a billionaire again by 2006.

In the hindsight, if you are a celebrity or someone in the public eye, then hitting the wrong nerve can leave you no means to escape the criminal justice system. We believe that such instances compel us to view a situation through a different looking glass.

Today, Martha Stewart is a successful businesswoman and has successfully become a household name. She has partnered with several stores, such as Macy’s and Walmart, and thinks of her stint in prison as nothing more than a “horrible legal problem.”