Why Do People Steal? 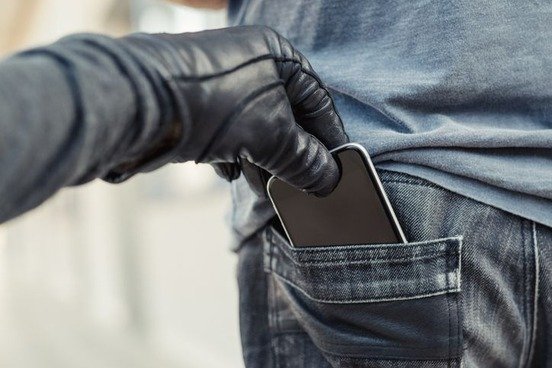 Stealing can be defined as the act of taking something without anybody knowing. As a child, you must have experienced the urge to secretly pick up that toy from your favorite store when your parents refused to buy it for you or wanted to shoplift a high-priced handbag in your teens when no one was around.

Some people steal for the thrill of it or if they are facing financial distress. It doesn’t take long before stealing turns into an addiction.

Of course, the habit does not have to be as extreme as intruding in people’s homes—but it can definitely stem from poor impulse control that facilitates such compulsive, habit-forming disorders.

This act of stealing which turns into an addiction and is known as Kleptomania. Learn more about men’s behavior traits here.

Everything You Need to Know About Kleptomania

Kleptomania is referred to as an impulse control disorder wherein a person faces the recurrent urge to steal, supposedly without their own profit or need. This is one of the most common causes of theft, which, according to the Diagnostic and Statistical Manual of Mental Disorders, 5th Edition, revolves around a psychological compulsion, rather than a desire to gain something materialistic.

In most cases, people suffering from this repetitive incapability to resist the temptation to steal don’t even need the things they take. Typically, each of the stolen items is of little to no economic value, which a kleptomaniac could easily afford to purchase if they had decided to pay for it.

This kind of compulsive habit is different from all other types of criminal theft, because in the latter, the items are either stolen out of need or because they are extremely valuable or expensive.

Anyone with kleptomania feels a strong and unstoppable itch to steal, in addition to experiencing emotions such as arousal, tension, and anxiety. Subsequently, after stealing something, the person feels a sense of relief and pleasure.

Interestingly, many kleptomaniacs even experience remorse or guilt after the theft but are later unable to resist the temptation due to their impulsive instincts.

Another rather peculiar fact about people with kleptomania is that they barely use any of the items that they steal. Once they give in to the urge of theft, the stolen product is of no value to them, so they usually give it to their family and friends, throw it out, or stash it away in some cases.

Factors That May Cause Kleptomania

Take a look at some of the most common risk factors that we have listed below for you:

In some cases, facing family dysfunction or trauma at a young age may also promote the development of kleptomania for people.

Other Common Causes of Stealing

Apart from kleptomania, there are a number of other causes that can lead a person to steal. Some people indulge in this practice as a means of survival, if they happen to face economic hardships.

Many others simply enjoy the sheer rush that is born out of this act. Additionally, some people also steal things in order to fill a physical or an emotional void in their lives.

In the true sense, the act of stealing frequently emerges from feelings such as low self-esteem, jealousy, or other factors like peer pressure. In fact, society also facilitates the feeling of being excluded or overlooked, which subsequently leads to stealing.

Stealing in Children and Teens

As unsettling and disturbing as it sounds, it is quite common for children to precipitate in the act of stealing without knowing better. Infants, especially those under 5 years of age are highly susceptible to taking small things that spark their interest. Since this might come from a place of innocence, a great way to deal with this situation is to teach them that it is wrong.

When it comes to older children, there are quite a few reasons as to why they steal, and little does it have to do with necessity. Oftentimes, older children steal things in order to impress their peers, showcase a sense of courage, or even get attention.

The American Academy of Child and Adolescent Psychiatry claims that if older children steal things persistently, it might indicate emotional or behavioral developmental issues that are generally triggered by genetic inconsistencies or living in an unstable home.

Naturally, adults have contrasting reasons for indulging in stealing than their younger counterparts. They are most likely to thieve due to financial constraints, and this reason makes up quite a significant portion of criminal theft.

Sometimes, adults also steal items due to a feeling of self-proclaimed entitlement. These thefts can be as minor as taking a stapler from the office, stealing tissue boxes or bedsheets from hotel rooms, or cutlery from restaurants. Such people often end up making excuses, such as believing that they have already paid enough for the hotel room, or claiming that they deserve to claim ownership of it.

Theft, if repeatedly done without any guilt or remorse, can be a sign of other issues such as delinquency, mental health disorders, or family trouble. People who steal often face trouble making friendships, have trust issues and are unable to maintain relationships with others. If a child is particularly going through mental health issues, then he or she might benefit from seeking therapy.

Kleptomania, on the other hand, cannot be cured, but it can certainly be treated with medical help. The treatment generally involves a mix of both, medication and psychotherapy that aims to address the underlying causes that trigger the disorder.

Another effective method of treating kleptomania is Cognitive-behavioral therapy, wherein the therapist helps you control such detrimental behavior, thereby addressing the cognition that causes it. In this type of therapy, a therapist may employ either of the two practices.

The first is systematic desensitization, which helps a kleptomaniac practice relaxation techniques that shun the urge to steal. Covert sensitization, the second practice, involves imagining yourself stealing something and then facing serious negative repercussions such as being arrested.

If you happen to be suffering from any of the habits or disorders mentioned above, it is important that you seek help immediately. Proper caution and continuous treatment are crucial in order to dodge kleptomaniac relapses.

Remember, it is never too late, so do not hesitate to make an appointment with a therapist or get aid from a support group.