Why is Ice Less Dense Than Water? 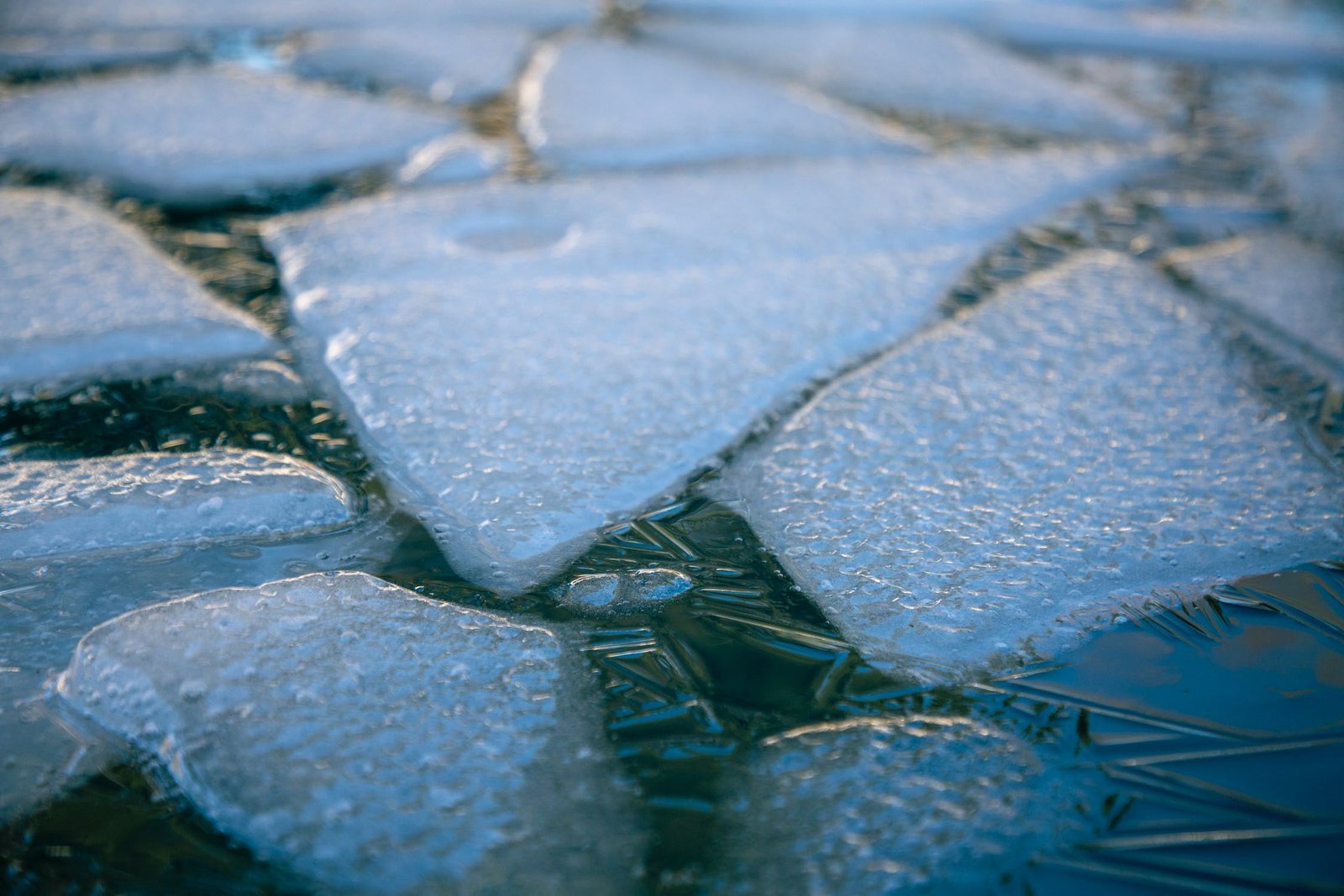 Ever wondered why ice cubes float on a drink while stones sink to the bottom of the glass? The reason being the density of ice is less than water.

Stones are denser than water hence they sink to the water. For an object to float, it has to displace the same amount of water as that of its weight.

Now, you might be thinking that ice is solid so it should be heavier than water and sink. That’s true for most substances, but water shows different behavior.

Why is ice less dense than water?

Its solid-state and hydrogen bonds actually make it lighter than the liquid state.

Coming to the real question, why is ice less dense than water is due to the orientation of hydrogen bonds. These bonds cause molecules to push farther apart while lowering the density.

We will discuss more about this in the following sections of the guide. So, stick around!

It’s all About Hydrogen Bonding

Why ice is less dense than water is because of hydrogen bonding. Hydrogen bonds connect each other with 3-4 other molecules when in a liquid state.

When water freezes into ice, the space between the molecule increases with each molecule hydrogen bonded to 4 other molecules.

Water is a tasteless and odorless substance that comes in three states: solid (ice), liquid (water), and Gas (vapor). Water is made up of two hydrogen atoms and one oxygen atom. The density of water is quite unique as compared to other liquid substances.

How is Ice Less Dense Than Water?

Just take the example of the dressing oil to understand the concept clearly. When you pour it over vinegar, the dressing oil normally floats and that’s because oil is less dense than vinegar.

The same is true with water, when you put ice in a glass of water, ice floats over the water. But when you put a stone, it sinks.

The reason why ice is less dense than water is simple: Hydrogen bombs. As you know, two atoms of hydrogen and one atom of oxygen make water.

Together they are attached by a very strong bond called a covalent bond. The bond between the different water molecules is called a hydrogen bond, this one is a little weaker.

When the water is heated, the molecules become very active and move quite a lot and hence break bonds with one another quite fast. When the water gets below 4 ℃, the kinetic energy decreases and hence water molecules don’t have much energy to move around.

They form more hydrogen bonds with our molecules to form a hexagonal structure.

Because ice is 9% less dense than water, it takes up more space than water. Therefore, it is recommended that you shouldn’t freeze a glass of water as the temperature goes down, it can create cracks in the concrete. When the water is in ice form,

the molecules are farther away from each other. Therefore, the density of ice is less than water.

What Happens to the Density of Water When it is Heated?

The warmer the water gets, the more it takes up the space due to which its density is decreased. When you take two samples of water with the same mass or salinity, the one with the higher temperature will have greater volume, and hence it will be less dense.

So, in short, the answer to the question ‘What happens to the density of water when it is heated’ is that water becomes less dense.

What is the Density of the Water at Room Temperature?

This is the exact reason why icebergs float on the ocean. The density is reduced to 9 percent when the water is frozen down to the solid-state (ice).

At What Temperature is the Density of Water Maximum?

At 4 ℃, the density of the water is the highest. When the water goes beyond this temperature, molecules of the water cannot move much due to thermal motion.

In the same way, when the temperature gets below 4 ℃, the molecules get arranged in the formulation of one or more hydrogen bonds and they cannot come closer.

In short, that’s why the liquid form of water is denser than the solid-state.

Conclusion: Why is Ice Less Dense Than Water?

The crystalline way in which hydrogen-bond is created causes the density of ice to decrease. That’s because each water molecule is held away from other molecules which makes them difficult to bond.

Thus, water freezes when it expands and ice afloat the top of your drink.

Do you have any more questions relating to water and its density? Or do you know any amazing facts about water? If yes, then do share them in the comment section as we’d love to read them.