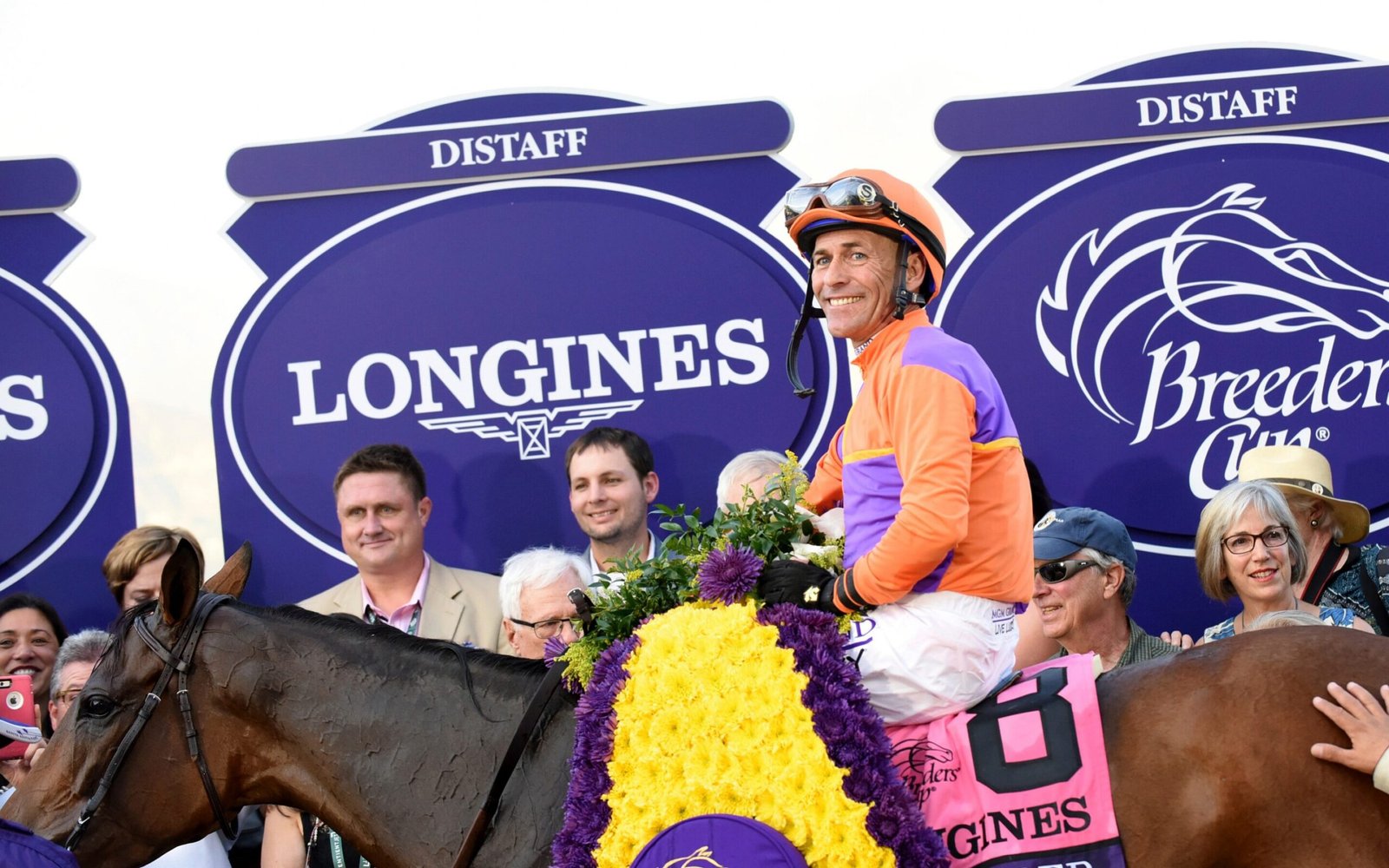 One of the standout races taking place at the Breeders’ Cup this year looks set to be the Distaff, as the curtain comes down on an extremely entertaining year in the filly and mare division.

Female horses aged three and older will compete in the race, which is run over a distance of 1 1/8 miles.

It has been an exciting season in the division this year, with the Grade 1 prizes being shared, but the additions of Kentucky Oaks winner Secret Oath and progressive Nest only further the intrigue that comes with the Distaff in 2022.

So, without further ado, here are the 2022 Breeders’ Cup picks for the Distaff event.

Todd Pletcher’s exciting filly Nest looks set to head the betting for the Distaff next month. She has been excellent throughout her career to this point, finishing in the first two in each of her previous eight starts.

She was widely expected to win the G1 Kentucky Oaks, but she needed to settle for second behind Secret Oath. However, she returned in strong fashion, taking second against the boys in the G1 Belmont Stakes.

Since then, she has added further Grade 1 victories to her roll of honor, which includes back-to-back victories against Secret Oath in the G1 Coaching Club American Oaks and G1 Alabama. Her final prep start came over the Distaff distance, storming to victory from First to Act by nearly ten lengths in the Beldame Stakes at Belmont at the Big A.

Malathaat Back On Track

Todd Pletcher’s hand for the Distaff is incredibly strong, as Malathaat also looks to be a serious contender. The four-year-old is a multiple-time Grade 1 winner, but she come up just short in the race 12 months ago, finishing behind shock winner Marche Lorraine and Dunbar Road. Her season this term started slowly, as she was held by Clairiere in both the G1 Ogden Phipps and G2 Shuvee.

However, on the basis of her previous two starts, she looks back on track. The four-year-old battled to win the G1 Personal Ensign from Search Results at Saratoga in August, before stepping up her performance to dismantle a high-quality field over Distaff course and distance in the G1 Spinster. On that occasion, she finished over five lengths clear of Army Wife.

Society Could Be A Big Danger

If there’s a contender hitting form at the right time, then it could be Steven Asmussen’s Society. The three-year-old finished over 18 lengths behind Nest in the G1 Coaching Club American Oaks in July, but she has been excellent since then. She returned to the track at Charles Town at the end of August, as she landed the G3 Charles Town Oaks over seven furlongs. However, her best bit of form coming into this race came on her previous start.

On that occasion, she landed the G1 Cotillion over 1 1/16 miles, beating Kentucky Oaks winner Secret Oath in the process. But, that form could yet be misleading, and it would take a bold punter to side with Asmussen challenger over horses such as Clairiere and Letruska, who have both won in Grade 1 company over this distance.

The leading Asmussen challenger for me comes in the form of Clairiere. This four-year-old was pretty disappointing on her previous start, as she could only finish fifth in the G1 Personal Ensign. However, I’d be prepared to look past that run based on her efforts before.

She has already beaten Malathaat on two occasions this season, including over this distance in the G2 Shuvee, reaching a speed rating of 110. Her performances are so consistent that there will be many punters willing to take a chance on her at 8/1 for the Distaff. However, whether she can bounce back from her disappointment at Saratoga is the biggest question.