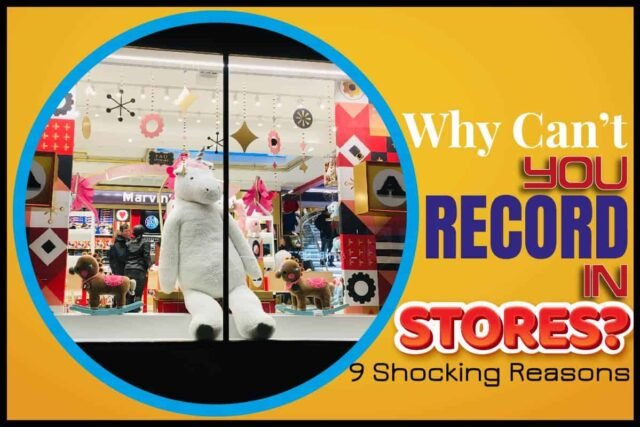 We’re living in a mobile and social world where people enjoy taking pictures and recording at will.

The mobile device market is also encouraging this. The market is awash with devices that boast unlimited recording capability and large storage memories that could house tons of media files. The majority of these mobile devices also deliver quality images.

If you have such powerful mobile devices, you may feel pushed to record wherever you find yourself. Unfortunately, most stores don’t allow that. They could harass or walk you out for doing so.

Now the question is, why can’t you record in peace in stores? If you need answers to this question, you’re in the right place.

Have you ever been kicked out or approached by security for recording in a store and don’t know why? You’re not alone in this.

However, if you assume stores are a public place, you’re wrong. They are private businesses, and every investor wants their investment protected.

Here are possible reasons you cannot record in stores.

#1: They think you’re a competitor:

Most fashion stores don’t allow customers to record or take pictures of their collections. They may allow you to check out the various designers, test the closes, and more, but won’t allow you to record.

You honestly cannot blame a fashion store for not allowing you to record. They take pride in their outfits’ designs. So, it’s their right to prohibit you from recording.

Again, it takes time, energy, and some creative thinking to build an outfit from scratch.

So, if you walk into a fashion store and start recording, they’ll think you’re only there to steal their designs. They may ask you to delete the videos or leave the premises.

Either way, you don’t need to get angry. If you have a similar business, you might act the same way.

Imagine cracking your head and spending sleepless nights creating an outfit. Then a couple of weeks later, even when you haven’t received enough accolades for your work, other local designers have started producing that same dress.

It hurts. It can diminish your motivation or shatter your creative spirit into shreds.

A Handy Tip: If you plan to record in a store, talk to the management about it before proceeding. If they give you the go-ahead, do your thing.

Suppose the reply is no, respect their decision. Some stores won’t bother you for recording a dress you have shown a desire to acquire or have already bought.

The truth is no business would be happy to allow their competitors to have access to their latest designs. It’s what gives the business a competitive edge. Therefore, giving a competitor access to product information or blueprint might competitively put them in a strong position.

So, if a store stops you from recording, chances are they see you as a competitor or a spy.

#2: You might copy the design and have it made elsewhere for a cheaper price:

Again, this is common in fashion stores. Have you ever entered a store, you fell in love with an outfit but find it too expensive given your budget? You’re not alone.

However, if you cannot buy that dress, the store doesn’t expect you to bring out your mobile device and start recording. Doing so gives them the idea that you’re only there to steal the design to have it created elsewhere much cheaper.

Again, no business would condone such. By the way, if every potential buyer walks in to take pictures or record the said dress, who will then buy it?

So, even if your intention for recording in a store is not to steal their design idea, store owners may think otherwise.

Design idea theft is common. It often happens in the wedding dress niche. A potential buyer walks into a store, tries out the dress but never really buys it. She might only record herself wearing the dress before taking it off.

A Handy Tip: Stores won’t harass you for recording an outfit or product you have already paid for. So, go ahead and pay for that product or outfit.

If you paid for the product or dress, you’re free to record it to an extent. But then, know your boundaries.

Furthermore, if you walk into a store to record designs so you can have your tailor create the same dress for a cheaper price, keep in mind that you’re not only destroying a business. You’re also destroying someone’s motivation and creative spirit.

Most persons do this, and it’s wrong. If you like a product or outfit so much, encourage the creator by paying for it. Your little contribution can cause the manufacturer or designer to work much harder and with more confidence.

Legal battles are time-consuming and drain finances. They can also cripple a business’s reputation within a twinkling of an eye. That’s why most stores are doing everything possible to ensure they don’t get into any legal battle with customers or competitors.

So, if a store prohibits you from recording, respect their decision. Chances are they’re afraid you’re planning to take legal action against them. And of course, certain footage is enough to take a store to court.

A Handy Tip: Cell phone recordings are admissible in court. But the final decision is for the judge to make.

Again, keep in mind that stores being private establishments are within their rights to stop anyone from recording. So don’t even think of bringing up a case against such a court. You’re even the one at fault.

Most criminals don’t attack a store or business they haven’t visited. First and foremost, they have to visit the business or store to take pictures or record.

From the footage gathered, criminals can tell where each CCTV camera is, how the security personnel are stationed, etc.

So, a store might prevent you from recording for fear of exposing their security structure and giving room to criminals to attack them.

The rise in a terrorist attack is another possible reason stores may prevent you from recording. They may think you’re planning to attack.

Marketing is also another crucial reason many stores don’t allow customers to record. They believe that you may publish the footage and claim ownership of the product. And that may create marketing issues for them.

It happens now and then. Most people take pictures and record products to publish them on their social media pages as theirs.

You may get away with this, but keep in mind that you’re destroying someone else’s business.

There’s a chance that you’ll capture other people in your video when you record in a store. And by so doing, you’re invading their privacy.

Two things can happen when you invade people’s privacy by recording them. Firstly, you could be kicked out of the store by security. Secondly, those whose privacy you’re invading can start a fight with you.

These are cause for concern for the store’s management. It won’t be reasonable watching customers fight over something like that.

So the best thing is to prevent people from recording. By doing so, they can prevent other people’s privacy from being invaded.

Stores dislike it when people “harvest” prices from their shelves. Some people record the items and their prices to buy them much cheaper elsewhere.

Today, it’s easier to learn about the prices of diverse items, thanks to the advent of the internet. But then, most people still harvest prices.

The only thing that’s keeping them is that they don’t know if the store prohibits it. So seeing that you can record without being challenged will motivate others to take out their phones and do the same.

Imagine if the hundreds of people in the store start recording. Wouldn’t the whole place become rowdy? That’s what stores want to avoid.

If you’re in a store to make a purchase, do so and leave with your items peacefully. That’s what stores want.

If a store harasses you for recording, chances are it’s because they prohibit it. To avoid being harassed, it’s better to ask questions before you start recording.

You can approach the security or any staff. Ask if you can take pictures or record with your device in the store.

However, if a store permits it, you may not be allowed to take pictures or record in certain areas within the store.

Why can’t you record in stores? We strongly believe you now understand possible reasons why you can’t record in most stores.

It would help if you also didn’t blame stores for preventing customers from recording. Some have faced crippling legal battles and defamatory accusations for allowing such.

It’s a business, and every business wants to protect its reputation and investment. So, if you cannot record in a store, don’t get angry. You can seek permission, but if denied, buy what you came for and leave. 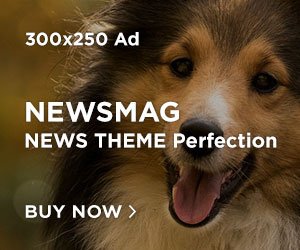 Do I Have To Sign My Debit Card? What Debit Card...

You might be among the tons of people wondering and asking, “Do I have to sign my debit card?” After all, it’s just a...