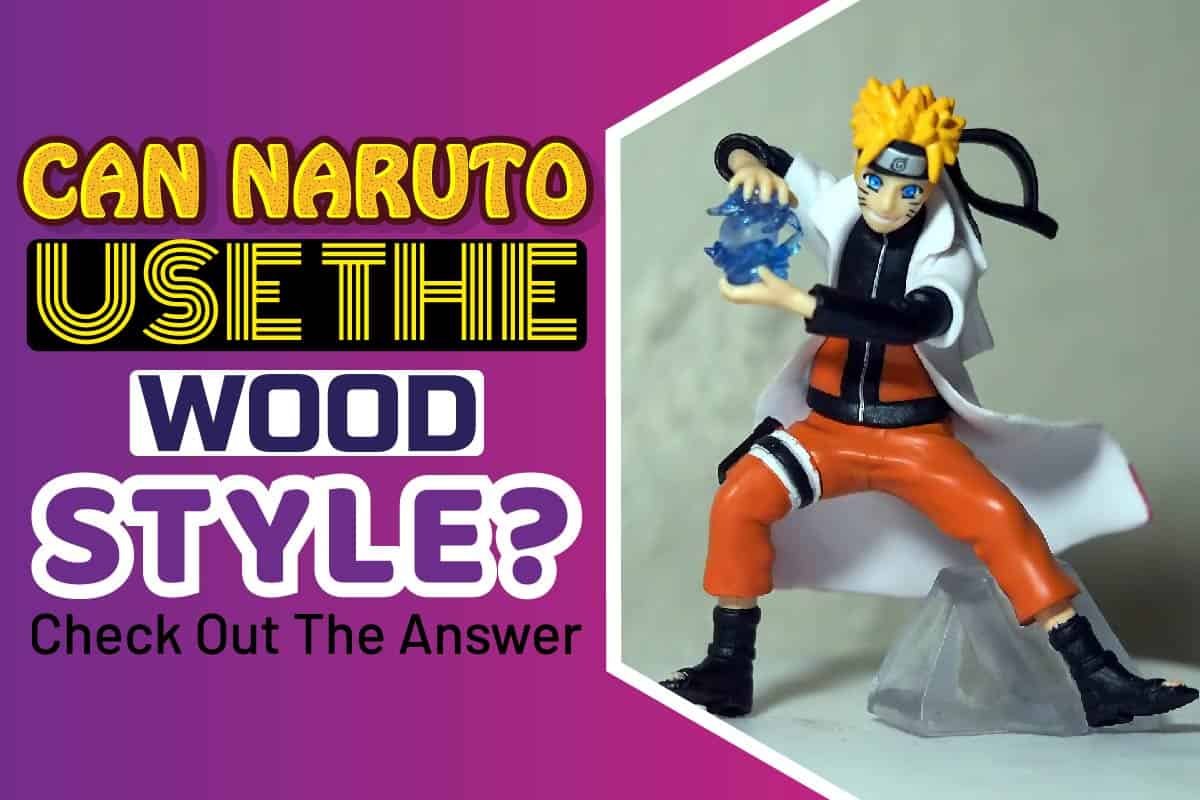 Hashirama has been in Naruto since the beginning. He is a prominent person in the shinobi world for many reasons. Topping the list of reasons is his medical ninjutsu and physical abilities. These abilities are legendary, and they deserve mythological reverence.

Hashirama is the only one that can use the wood-release Jutsu. This Jutsu is robust and complicated. The only way for someone who isn’t Hashirama to use this Jutsu is with Hashirama’s cells.

Naruto, who is the main character in the Anime series, has used the creation of all things Jitsu on different occasions. So, it is not far-fetched that people wonder if he can also use what only Hashirama can use.

Can Naruto use the wood style?

So, Naruto can learn and use Wood Release on his own, adding the Hashirama exclusive Jutsu to his already extensive jutsu arsenal.

He could also improve Kuramas’ attacks by arming him with wood golem armor. This action could make him even more powerful than he is already. Unlike Hashirama, Naruto would gain this power without wasting his chakra on healing himself. Kuramas’ chakra boosts Naruto’s healing abilities.

So, Naruto doesn’t need to use Hashirama’s sage or cell spitting style for self-healing. It is amazing! He can maximize Wood Release more than Hashirama ever could.

If Naruto augments his Wood Release with his own Senjutsu and tailed beast chakra, the durability and power of his wood-style Jutsu will be unfathomable.

This post boasts more information on the topic. Read on!

What Is The Wood Style?

Wood Release is one of the most potent and sought-after Kekkei Genkai in Naruto’s world. This Kekkei Genkai gets formed by combining Earth Release and Water Release chakras while performing the snake hand seal.

What Are The Chances That Naruto Would Use The Wood Style?

The chances of Naruto using the wood-style Jutsu are slim. However, Naruto can use any style. He is essentially incapable of fusing the yin yang release and the two chakras. Not to mention the long period it will take Naruto to get used to it.

Even with Shadow clones, Naruto would need time to master it and even more time to use it at Hashirama’s level. Let’s face it, since becoming Hokage, Naruto has had little time to sleep properly, not to talk of having time to master using the wood style.

At Naruto’s current speed, he should most likely stick to using each chakra style individually because it takes less time for them to knead chakra and form an offensive or defensive Jutsu.

We know that Naruto is too slow to successfully combine two nature styles and immediately knead massive chakra to create a specific Jutsu. Especially since his recent opponents all move at the speed of light. It is like they are here one minute and not here the next. They would give flash a run for his money anytime.

Considering all these factors, we know that learning the Wood style isn’t the best decision for Naruto. It would affect his speed (which isn’t an option for him)—also, wood-style suits someone like Hashirama more than Naruto. Hashirama has nothing to counter Madara and his Susanoo. On the other hand, Naruto possesses tailed beasts that are more than capable of defeating a Susanoo.

So, as much as it would be cool to see Naruto do the wood style, it might be too much, and it might be counterproductive. These “setbacks” don’t take away the fact that if there is anybody in the world who can use the wood-style at Hashirama’s level, it would be Naruto.

Wood Release is the specialty of Konohagakure’s First Hokage, Hashirama Senju. Throughout the series, though, several other characters showed up with the character. They just weren’t as consistent and robust as Hashirama. Here are some of them:

She is also said to be a user of Wood Release, though it is unknown how she obtained this power. Because Moegi didn’t go through testing, she’s most likely a natural user, which means her Wood Release usage is quite strong.

Tobi appeared during the Great War of the Ninjas, and he was almost dominating Yamato’s body. Yamato’s Wood Release abilities got enhanced because of Zetsu’s incredible power.

Hashirama Senju is the pioneer Hokage of Konoha. He was born with the power of Wood Release, and he then became a connoisseur in the art thanks to how well he mastered the chakra.

His Sage Mode boosted his abilities even more, allowing him to compete on an equal footing with Madara Uchiha in battle. He left a trail of peace in the shinobi world with his powers, even though it didn’t last.

Momoshiki, an Otsutsuki clan member, was a strong chakra user, and because of his Rinnegan, he could draw into himself and maximize all chakra natures.

Momoshiki was able to absorb Wood Release in the Boruto novel, giving him access to this power by amplifying it several times. In the anime and film, he manipulated the God Tree’s roots and used them to attack Naruto and Sasuke during their fight.

The ANBU root. That is, the Konoha faction had Danzi as a leader for many years. He possesses several powers, such as the Wood Release. Orochimaru bestowed these abilities on him.

Danzo could use Wood Release, but he rarely used it because he wasn’t a good user, and it was difficult for him to control. He primarily used Hashirama’s cells to increase his vitality and chakra.

Yamato is a Konohagakure shinobi and one of the story’s most potent Wood Release users. Orochimaru experimented on him as a child. He survived and gained the wood release powers out of a group of children.

Yamato’s use of Wood Release, on the other hand, is unimpressive. Yamato pales compared to Hashirama’s skill, which is why he is ranked last on this list.

People thought Obito Uchiha died during one of the Ninja Wars, but another Uchiha saved him. Obito’s body was a crushed mass, and the other Uchiha used cells from Hashirama to fill his body.

Obito was a late bloomer, so he only had a limited understanding of the powers of Wood Release. Nonetheless, his skills in this art were sufficient to take on and slaughter an entire army of shinobi.

Orochimaru, one of Konoha’s legendary Sannin, obtained Wood Release after gaining access to one of the White Zetsu bodies during the Fourth Great Ninja War.

His powers grew significantly, as expected, and with his arms restored, he became a threat once more. It’s unknown to what extent he can manipulate Wood Release, but given that he’s a genius, he’s probably better than Yamato at it.

The Ten-tails resurrected during the Fourth Great Ninja War, where it showed everyone its true power. The Ten-tails, who were known to be powerful enough to destroy the world, slaughtered several shinobi before Obito became its Jinchriki.

It also demonstrated the ability to use Wood Release, though this skill level was not exceptionally high.

Many of these people had the wood release, but none of them were close to maximizing it like the Hashirama.

What Are The Five Essential Natures?

The Five Basic Natures are the five elemental chakra natures that serve as the foundation for all ninjutsu. Because they are crucial to the shinobi way of life, each of the Five Great Shinobi Countries got named after one. Each element is inherently weaker and more robust than the others:

The answer to “can Naruto use the wood-style” is yes because it speaks about his ability. Naruto is powerful enough to use the wood style.