Can You Play Elite Dangerous Offline? What Avid Gamers Need To Know 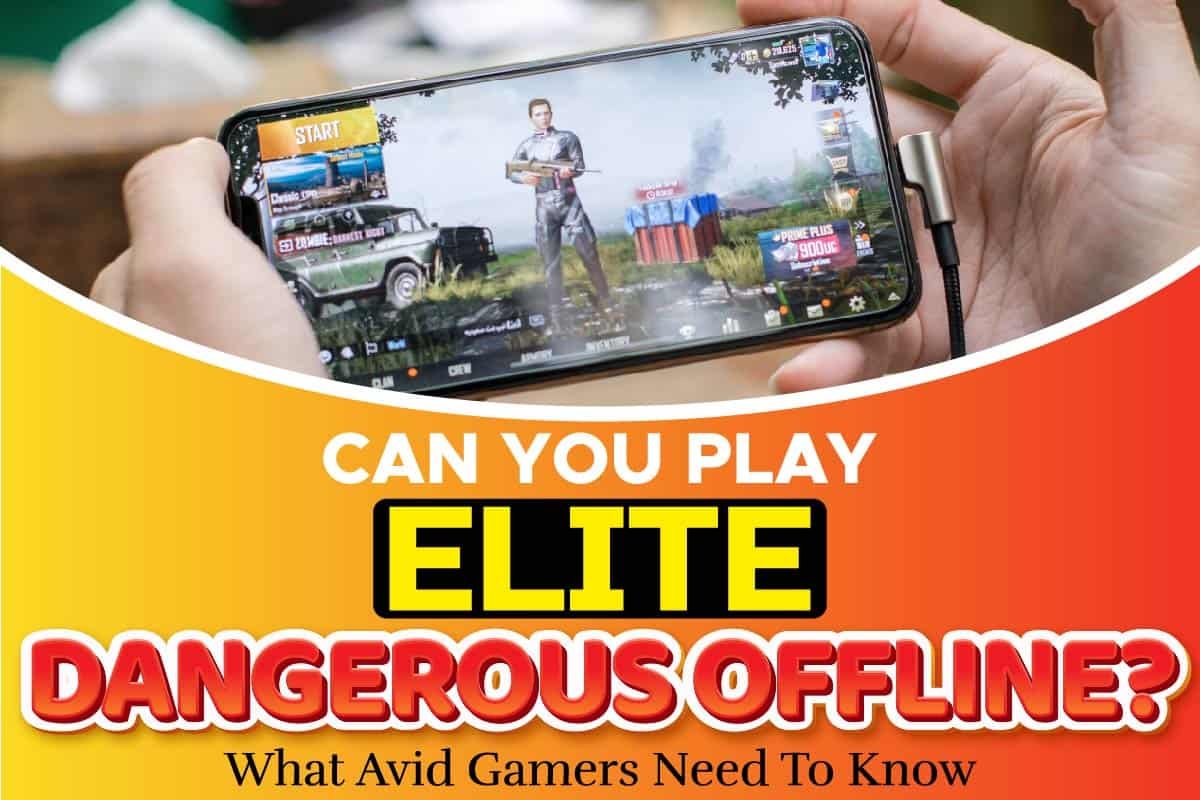 Elite Dangerous is an incredibly vast and complex game that includes combat, mining, exploration, and many other activities. It is a space flight simulation game developed by Frontier developers and set within the largest gaming world ever created.

Elite Dangerous is becoming one of the most fulfilling and Calming experiences you would ever see in the gaming world. Maybe this is why many people are curious to know if they can play Elite Dangerous offline.

Now let’s clear the air once and for all.

Can You Play Elite Dangerous Offline?

The answer is No! You cannot play Elite Dangerous offline.

Although the developers at Frontier had initially promised a proper offline mode, shortly before the release of the game, they made it clear that they couldn’t keep to the terms of their promise.

Here is a summary of what The Frontier developers’ Chief, David Braben, had to say about the offline mode;

“It is not going to limit or dent the static compared to the dynamic, ever-unfolding experience we are delivering.”

Notably, he made his statement a month before the release of Elite Dangerous in 2014.

Despite his admittance to the fact that the team had struggled with developing an offline version, the Elite gaming community still insisted that the right thing to do at the time was to share the struggle with the community.

Braben equally took a stance that an offline version would compromise the experience that Elite Dangerous promises.

What Are The Unique Features Of Elite Dangerous?

Elite Dangerous is more than just a gaming experience. It is very much about emerging activities. The developers have gone a long way to add considerable value to exploration and research-based activity.

And this, therefore, paved the way for some of the features to look out for on Elite Dangerous;

With 400 billion star systems, Elite dangerous contains a furlong one-to-one recreation of the milky way- an impressive feat. This would keep you active and glued to your gamepads for a long while.

This feature ranks among the most unique within the galaxy. The primary purpose is to unlock guardian technology that gives you access to improve your ships. The beacons are vast in size with fantastic light displays.

These are easily the most beautiful features within the Galaxy. They are clouds varying in colors. The more unique clouds hold space linings, and if you are planning an exploration trip shortly, you should try out one of these.

This is one of the most recent focuses on Elite Dangerous. It has a vast catalog of discoveries that covers over 500,000 layers of space. And this includes locations for crystalline shots, La Grange Clouds, and many more.

Elite Dangerous features a vast galaxy filled with so many variations of star systems.

To enjoy the best of Elite Dangerous, here are some of the places to visit;

Nebula offers one of the most visual locations of the galaxy. More than a few of them are handcrafted, and many of these are within easy reach of many ships.

This lies beyond Nebula West with its striking, unusual vivid purples and blues.

This section contains a fascinating creation of Nebula in the form of the running man, the spectacular horsehead Nebula, and Barnard’s loops itself.

If you would prefer to see Alien ships and crashed ones at that, then this is one of the places to visit. Thargoid sites are exceptionally detailed and feature several human vessels as well. It is equally relatively easy to locate.

This area houses plenty of life evident in the Elite Galaxy. This ranges from regular to bizarre. And from giant-looking alien pumpkins to forests of strange-looking trees.

Should You Play Elite Dangerous

If you have ever wondered if Elite Dangerous is the game for you, here are some of the reasons why you should consider playing the game.

Are There Cons With Elite Dangerous?

Humans tend to have different tastes in everything, including what to do for fun. Though Elite Dangerous has received praise for its brilliance, some quarters might regard the game as uninteresting.

Here are some honest facts about Elite Dangerous that might help you pick a side;

The gaming world has inarguably experienced several brilliant inventions in the last two decades. And one of such games includes Elite Dangerous, which made a debut appearance in 2014.

During its launch campaign in 2012, those behind the game promised to deliver an offline version. But this promise didn’t come to fruition.

One of the most substantial reasons for this development was to prevent the compromise of an already existing incredible gaming experience.

Although you can’t play Elite Dangerous offline, it’s still one of the best games out there. The game continues to deliver a consistently thrilling and enthralling experience.

One begins to wonder if there was a need for the fuss for an offline version in the first place.