Check Out The Examples Of Socialism In America 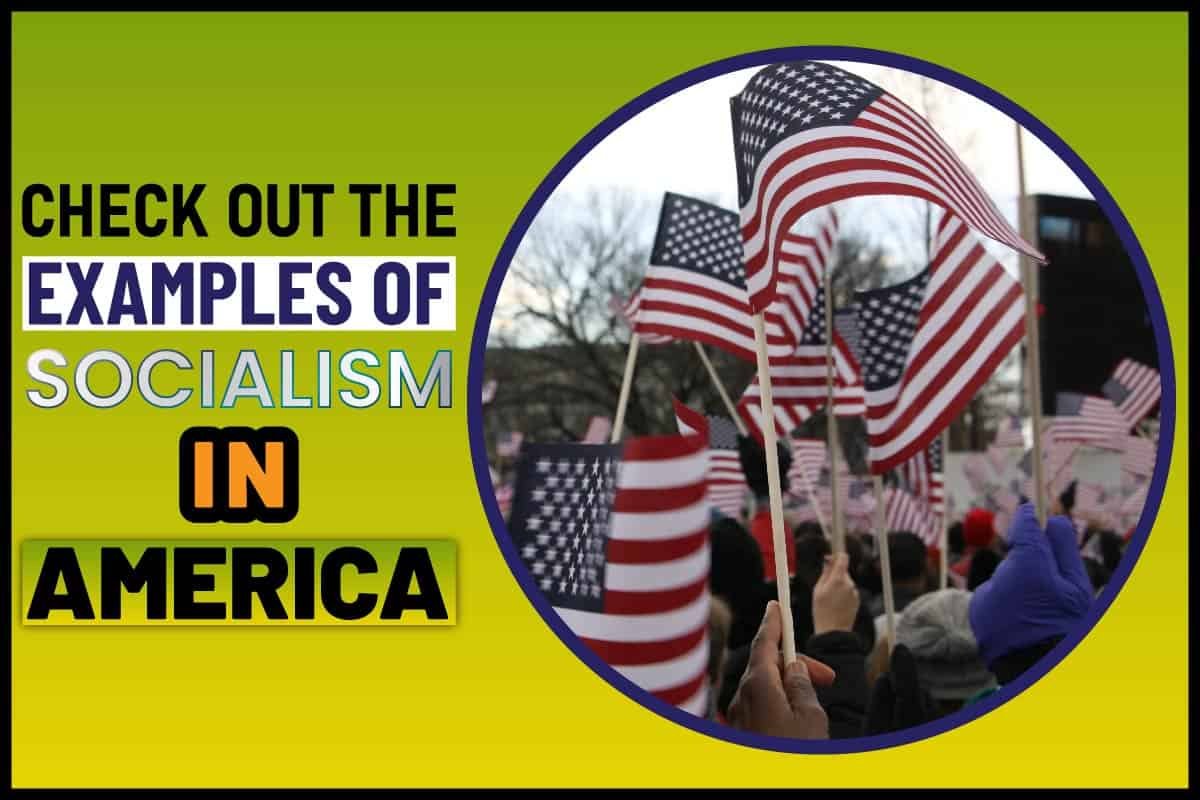 Socialism is a system of communal ownership of the elements of production, distribution, and exchange of resources. In a socialist system, every person has equal rights to economic resources.

The opposite of socialism is capitalism. In this system, private individuals control the resources.

The US economy is a capitalist democracy with elements of socialism. Some people prefer to call it a mixed economic system.

Private individuals control economic forces. However, when the need arises, the government makes social interventions for the welfare of the people.

So, what are the examples of socialism in America?

The American system is a blend of capitalism and socialism. Private individuals own resources and influence economic activity.

The government has also undertaken several socialist programs to improve the general welfare of the people.

Let us consider some examples where socialism was at play in America.

The US Congress passed the Housing Act of 1937 to establish the nation’s public housing system.

Section 8 of this Act authorizes the government to provide rental support to low-income households. Here, the government would pay a portion of their rent to their landlords.

Through the Supplementary Nutritional Assistance Program (SNAP), the US federal government assists low and no-income households in food purchases.

This program, formerly known as the Food Stamp Program, is administered by the US Department of Agriculture. However, the benefits are distributed by the respective state departments.

The Child and Adult Care Food Program (CACFP)is another program also administered by the US Department of Agriculture (USDA). The federal government provides financial aid to states for daily food subsidies for children and older people in daycare settings through this program.

A report on USDA’s website indicates that more than 3 million children and 100,000 older people have benefited from the program. Mentally and physically challenged adults have also gained from this program.

In America, primary and secondary education is free and compulsory. However, home-schooling is also permitted.

The government funds public schools. The majority of primary and secondary school students attend public schools, including those from high-income households.

However, the government provides health insurance. A large percentage of government spending on health insurance goes to programs such as the Children’s Health Insurance Program (CHIP), Medicaid, Veterans Health Administration, and Medicare.

Medicaid provides health coverage to low-income families. Both states and the federal government provide funding for Medicaid. However, state governments manage the program.

US citizens and legal permanent residents are the primary beneficiaries of this program.

CHIP is administered by the US Department of Health and Human Services. CHIP provides health insurance to states for families with children. Families covered are those with modest incomes whose income range does not qualify for Medicaid.

The Veterans Health Administration is a health care program that caters to Veterans. The federal government entirely runs this program, including the facilities. There’s no private sector participation at all.

These are some examples of social intervention programs that currently exist in America.

So, how did socialism begin in a typically capitalist American society?

History Of Socialism In America

The turn of the 19th century saw the rise of socialist movements across America.

Examples of these communities include the New Harmony, Brook Farm, and the Shakers.

Robert Owen, a wealthy industrialist of Welsh origin, founded New Harmony in southwestern Indiana in 1825. The colony did not last for long due to ideological differences.

A group of utopians known as transcendentalist utopians founded Brook Farm in 1841. The Brook Farm community based their ideology on Charles Fourier’s brand of socialism.

Charles Fourier was a French philosopher credited to be the founder of Utopian socialism. Fourier preached that social success was a product of concern and cooperation.

Brook Farm did not last for long either as the community struggled to reach financial stability. Many members left in the process.

The community eventually dissolved in 1847 after the main building inspired by Fourier’s ideas got burnt.

Several other socialist communities sprung up, but like the earlier ones, they were all short-lived.

Socialism began to gain a stronger foothold in American society in the mid-1880sfollowing the emergence of associations based on Marxist and Lasallian ideologies.

These associations include the Social Democratic Party of North America and the Workingmen’s Party of the United States.

Fred Haak was the first socialist to hold public office in the US. He was initially elected as an alderman in the Wisconsin city council on the platform of the Populist Party.

He became a socialist when the Social Democrats emerged in his hometown of Sheboygan. He got re-elected to the Wisconsin city council on the platform of his new party in 1898.

As American politics evolved into the twentieth century, socialists could not influence national policies significantly.

America developed into a capitalist state with socialist leanings. Private ownership of economic resources thrived. However, when necessary, both state and federal governments undertook intervention programs for the public good.

One might ask, what is wrong with socialism? What are the merits and demerits of socialism? Continue reading to find out.

There are many types of socialism, each based on a set of ideologies.

In democratic socialism, economic forces and resources are under the management of an elected government.

In revolutionary socialism, workers control the factors of production through a centralized structure. This control is often gotten by struggle or force, hence the name ‘revolutionary.’

Socialism has some advantages. Let us consider some of them.

There is no discrimination in a socialist society:

In a socialist system, discrimination is discouraged. Every member of society takes on jobs best suited to their skill set. Everyone is free to pursue their passion.

There is no exploitation:

In a socialist system, exploitation does not exist. Every member of society has the same right to education, welfare, and healthcare. Each worker has a say on how resources are distributed.

Those who do not contribute due to health or age still have provisions from the government.

There is reduced unemployment:

In a socialist system, the government controls the economy. It creates jobs to cater for all classes and skill sets within its domain. Education is directed towards societal needs. So, every job has economic relevance.

Poverty and inequality are minimized:

Since everyone has access to introductory social provisions, poverty is reduced. Everyone can feed properly, have an education, and get a job.

The glaring inequality that exists in a capitalist system is absent in a socialist system.

There is the regulation of price and production:

Since the government controls the economy, it ensures that goods and services are sufficient for the population. Production is directed to avoid insufficient or excess production.

The advantages enumerated above may sound exciting. There are, however, downsides to a socialist system.

Social cooperation is one hallmark of socialism. There is so much reliance on cooperation to achieve goals. This problem with this system is that it does not encourage competition.

A system that does not encourage competition does not also promote innovation.

There is slow economic growth:

The economy of a socialist system will experience relatively slower growth compared to a capitalist system. Competition and innovation boost rapid economic growth.

Socialism is a system of communal ownership of the elements of production, distribution, and exchange of resources.

The US is a capitalist democracy with elements of socialism. Private individuals control economic forces. The government can also make social interventions when the need arises.

The government also funds education at all levels and provides financial aid to low-income families with dependent children.