Is CNN Republican Or Democrat? Know The Truth 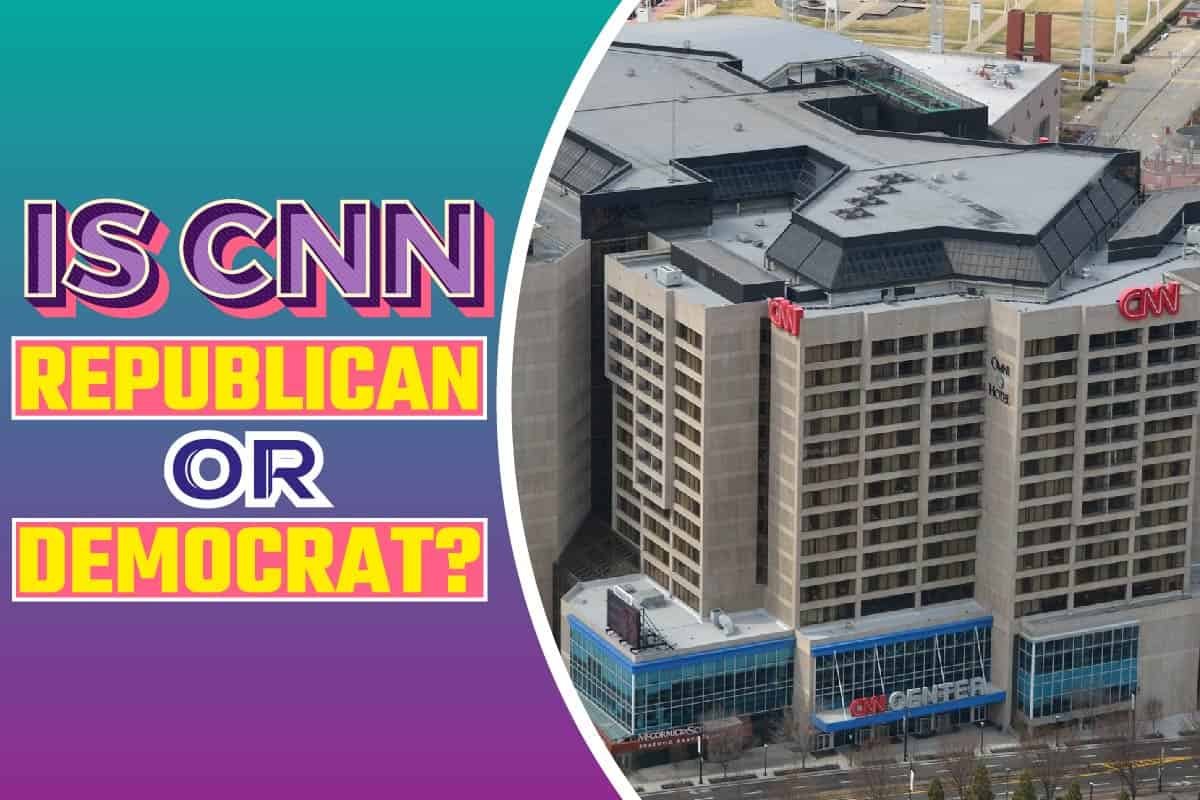 It is expected of media to be impartial and neutral in their presentation of news to the public. They are supposed to act as a bridge between what’s happening in the world and the realm of the common people. However, it is often seen that news outlets aren’t free from biases, specifically political motivations.

CNN, too, like most other media outlets, isn’t free from this fallacy. So is CNN Republican or Democrat? It is a common belief that most of their audience is politically inclined towards the Democratic Party. And the Republicans seem to have more faith on Fox News.

Despite common beliefs, let us try to conclude this article by undergoing a detailed investigation of CNN’s content and the audience base who like their news.

The History Of CNN

Originating in the United States of America, the abbreviation CNN stands for Cable News Network. This news channel has its head office located in Atlanta, but its reach is global, as it has several regional offices throughout the world. It is a pay channel and is owned by the renowned Warner Media.

Starting its journey in 1980, the news channel is now top-rated all over the world due to its 24-hour news coverage, broad international reach, and sensationalized live news broadcast style. In its home country, the United States, the channel is subscribed to by 97.7% of homes equipped with a cable connection.

Regarding its ratings and popularity, the famous media researcher Nielsen has reported that CNN occupies the third position just after Fox News and MSNBC. It is also the 14th most popular cable channel in the country.

Throughout its run over the years, the channel has faced several controversies due to its dramatized news presentation, sometimes having a highly non-partisan tone.

Viewership Statistics Of CNN Based On Their Political Affiliation

Last year, The Economist, in collaboration with YouGov, conducted a nationwide survey comprising a sample size of 1500 citizens in the United States. All participants were adults but had diverse backgrounds based on their age, gender, race, etc.

They carefully selected the list of participants based on the database of YouGov, which had a rich portal of people capable of representing the overall picture of America.

Results of the Survey: the Republicans

According to the results of this survey, it was seen that 57% of the adults who were loyal supporters of the Republican Party blindly trusted Fox News when it came to consuming political news. Some, approximately 37% of these supporters, also showed their reliability on other sources such as the Wall Street Journal.

Although the One America News Network is infamous for circulating misinformation frequently, a considerable portion of Republican supporters trusted this channel over other sources of News like The New York Times.

On the other hand, they seem to have a massive animosity towards CNN, with a staggering 70% of the viewers supporting the Republican Party terming their content as “Fake News.”

This dislike and distrust towards CNN were also displayed by the party’s then-leader Donald Trump, who tweeted several times against the channel stating how they have continuously tried to tarnish his administration.

Results of the Survey: the Democrats

Just like two sides of the same coin, most of America is divided into the Democrats and the Republicans, and their choices drastically vary from each other as well. When one side distrusts one news source, the other side seems to favor it. The results of this survey have represented this reality quite well.

Most Democrats, 64% of them, actually tune to CNN and trust their news as a reliable source of information about politics. 65% of the democrat party supporters also favored consuming news from the Washington Post. They also tuned into other outlets like the New York Times and MSNBC.

And unsurprisingly, the sweet favorite of Republicans, Fox News, seems to be the scorn of the eyes of the Democrats. As many as 67% of their supporters shared mutual dislike towards this news outlet. They found their news to be biased and politically incorrect.

38% of them also distrusted the One America News Network due to Donald Trump’s frequent endorsement in favor of the channel.

As we have seen above, viewership statistics have displayed how the democrats favored CNN while the Republicans turned to Fox News for their daily dose of politics.

Apart from this, research has also been conducted on the content delivery style of both channels to understand their political standing.

According to a research thesis published on the Johnson and Wales University’s Scholars Archive, it has been observed that while the content presented by CNN was primarily liberal, Fox News adopted a more conservative outlook. Both clearly showed traits of being partisan towards a particular political party.

In this research paper, the author studied several programs of CNN in order to find out a pattern in their presentation style. It was seen that CNN criticized then President Donald Trump quite vehemently and tried to bring into the limelight every misstep he took.

The channel also was seen to frequently critique the party they dislike, which in this case is the Republican Party. As a matter of fact, the name of this party was brought up far more often than the one they supported in their content.

However, despite showing a degree of partisanship, CNN invited guest speakers supporting both Republican and Democrat ideologies.

Being a polar opposite of CNN, Fox always showed clear support towards Republican ideologies. Their channel seemed to be more towards the conservative side. They also attempted to showcase the actions of Donald Trump in a more positive light.

This news outlet too mentioned the other party more frequently on their channel, mostly to discredit or disqualify their actions. But one stark difference between the two networks was noticed in terms of the guests they invited to their shows.

While CNN, as mentioned above, pursued guests of both political affiliations, Fox News was skewed towards Republican Speakers and mostly invited those whose voice mirrored the ideologies of this party.

Summary Of The Research Analysis Of CNN Vs. Fox

From the data presented above, it can be clearly asserted that CNN as a news outlet is more biased towards the Democratic Party. Their partisan views are liberal, so viewers leaning towards liberal political views are more attracted to this channel.

On the contrary, Fox News occupies the exact opposite standing and clearly supports the Republican Party. Their conservative style of news presentation attracts viewers who are more inclined towards conservative ideologies.

In this article, we have tried to find out the answer to the question, “Is CNN Republican or Democrat?” through analyzing two areas, the viewership statistics of the channel and its content delivery style.

The viewership statistics clearly displayed how Democrat viewers rely hugely on CNN for political news, while the Republican Supporters share a deep distrust towards this channel. On the other hand, the Republicans’ favorite channel Fox News seems to be disliked by the Democrat supporters.

In terms of content style, too, CNN was more skewed towards presenting the Democrat Party in a positive light. Therefore, in conclusion, it can be affirmed that CNN is a democrat and shares a liberal outlook in lieu of a conservative one.