Is Russia Communist? Here’s Answer To Your Question 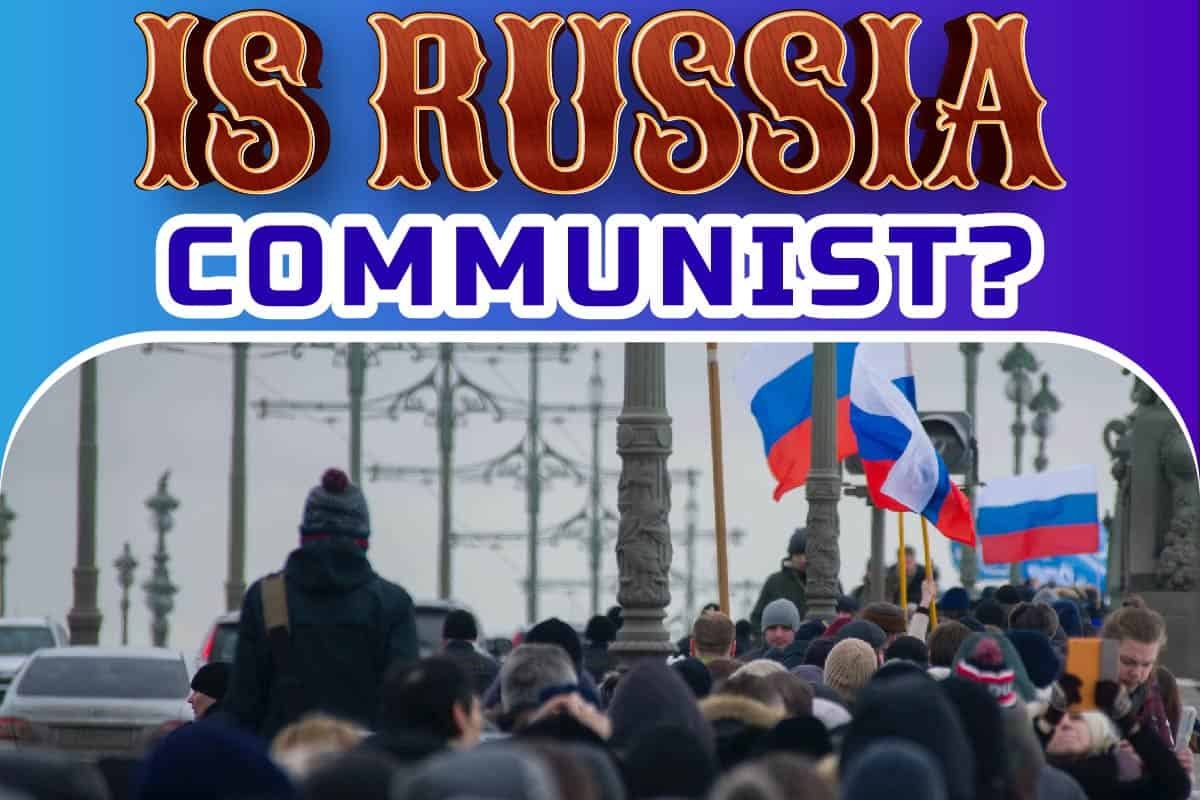 Tales of the mighty Soviet Union and its cold war with the United States have fascinated many all these years. The nation proudly endorsed and practiced Communism as its political ideal. However, with the tide of time, the USSR broke up, and Russia was born.

Due to the strong ties of Russia with the past Communist Super Power, the Soviet Union, many think to this day that the country still follows Communism. At the same time, the rest are unsure about the current political standing of this country. We have tried to answer this question of is Russia Communist or not, once and for all.

Read through this article to know all about it!

In a broader sense, Communism covers a wide spectrum of ideologies. But to describe it in concise terms, it mainly denotes an economic principle and a political ideology that aims to create a classless society by not allowing individual ownership of the factors of production and instead of preaching communal ownership.

This social system is in complete contrast with capitalism as it restricts the disproportionate distribution of wealth where the rich get richer and the poor get poorer. Instead, the state allows the means of production to be owned and shared so that equality exists in the society in terms of wealth.

Karl Marx and Friedrich Engels were the two leading minds behind the development of this system, and it is still profoundly practiced today in the People’s Republic of China. The Soviet Union also intensely practiced it, but at present, things have changed drastically.

The Current Political And Socio-Economic Ideology Of Russia

Due to the past linkage of Russia with the communist Soviet Union for more than a century, it is still unknown to a considerable portion of the common mass of the world about the present political and social system of the country.

However, to disappoint the proponents of Communism, it can be indeed confirmed that Russia is no longer a communist state today.

It has been more than two decades since the nation stopped following this ideology as the Soviet Union ceased to exist on December 26, 1991. With the demise of the mighty Soviet Union, Communism received a fatal blow in the state of Russia.

Although the nation practices parliamentary democracy at present, and its society is a capitalistic one, the essence of Communism still hasn’t entirely been diminished there.

The Communist Party of the Soviet Union still upholds second place as the largest political party in the country and continues to believe in its communist ideologies.

The State Of Democracy In Russia

Even if Russia calls itself a parliamentary democracy, many international political experts disagree, stating that its roots of democracy remain very weak. Maintaining continuity with its history, its president Vladimir Putin has been the country’s premier for years now, just like its previous communist leaders.

His tenure has outlived that of many men who led in the past. And the reach of his power also remains at a similar status to the country’s previous communist leaders.

History Of The Communist Party Of Russia

As mentioned earlier, the second biggest political party’s status in Russia is still held by the Communist Party of the Russian Federation. The party has a long-standing history and is associated with many of the past glories of the country.

Looking back at history, the origin of the CPRF goes back to the Russian Revolution of1917. Named as the Communist Party of the Soviet Union (CPSU), the party started its journey as a branch of the Bolshevik wing of the Russian Social Democratic Workers’ Party.

The legendary and famous communist leader Vladimir Lenin was the premier of this party who established a highly structured communist nation with solid opposition against capitalism. However, due to the cold war with the USA and several other controversies, the party’s foundation grew weak, and the USSR broke in 1991.

After the birth of Russia, despite being banned by the then premier Boris Yeltsin in 1991, the party restructured and reintroduced itself in the country’s political arena as the CPRF.

Although United Russia is the leading political party in the country and their ideologies are tilted towards democracy, CPRF is right behind it as the opposition. Therefore, the opposition party still contains members who strongly uphold communist ideologies to this day.

Is There A Possibility Of Russia Again Becoming A Communist Nation?

The ashes of the past still exist in the country’s political arena in the form of the CPRF. The leader of this party, Gennady Zyuganov claims that Communism is deeply rooted in the history of Russia and is as ancient as the times of Jesus. Therefore, no matter how many seasons might change, Communism can’t be erased so easily.

Although the party has become much weaker in comparison to its past self, it still continued to intimidate the ruling Party United Russia with its decent election results. Right from the year 2003, this party has earned the second most share of votes, right behind the ruling party.

Despite appearing as a looming threat to the democratic future of Russia, once examined closer, the party does not seem like much of danger. In the parliamentary elections held in 2016, it only earned 13% of the votes, and it dropped to 11% in the next electoral election held by the party.

But the memories of the past still enamor those who lived during the Soviet era. Although some would like to go back to that time, their portion is quite negligible. There are, however, 5400 sculptures of Vladimir Lenin, the strongest proponent of Communism in Russia, still spread across the country.

The Red Square, too still remains as a beloved historic site to many Russians. But despite revering Lenin, most Russians would prefer sticking to its current political system of parliamentary democracy instead of embracing Communism again.

Therefore, it can be said with certainty that Russia isn’t going back to its communist roots any time soon.

Why Communism Failed In Russia?

The two most powerful nations of the world, the Soviet Union and China practiced Communism and showed the world how this political ideology can be effective. But then why did the Soviets fail while China still continues to uphold its communist principles? The reason lies in the leadership style of the leaders and their foresightedness.

Despite having similarities in their structure, both the nations’ Communist Parties have been plagued by hiccups throughout the years. But the Communist Party of China continued to rise high due to its adaptation of the modern economy to make its place in the world economy.

The Soviet Communist Party was more rigid and failed to make such necessary adaptions to suit the modern economy, leading to its fall and demise.

Now that we are at the end of this article, it is clear that the answer to the question “is Russia communist?” is No. Despite having a long history of living and succeeding with Communism, the country shifted towards parliamentary democracy, and its economic system evolved towards capitalism.

So although the Communist Party of the Russian Federation still exists and holds the status of the second biggest political party of the country, its popularity is very low compared to the ruling United Russia Party.

The majority of the citizens also don’t want to go back to the communism era and would rather only remember it as their glorious past.

So, all in all, with the demise of the Soviet Union, Communism too breathed its last in Russia. Its failure can be attributed to the short-sightedness of the leaders to adapt to modern times and march forward with a strong economy.