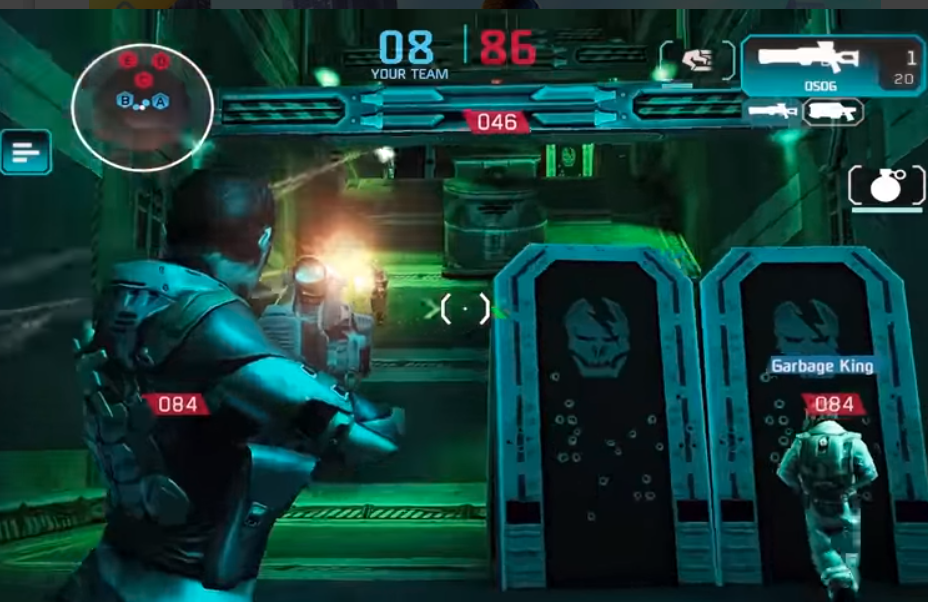 Shadowgun: Deadzone is a super popular mobile PvP shooter developed by MADFINGE Games with over 10 million installs. With its intense, fast-paced action, modern & futuristic 3D graphics, and support for up to 12 players, you can rest assured that it’s an absolute adrenaline-packed thrill ride from start to end.

You will get access to two modes – Deathmatch – everyone against everyone, and Zone Control – a “Capture The Flag” style gameplay.

In each match, you get to pick from a collection of 10 memorable characters with the option to customize them to fit your unique combat style. And speaking of combat, you will get access to over 20 futuristic weapons ranging from plasma throwers to sub-machine guns to pulverize your enemies.

You can check out this link to learn about the game and also download it for Windows.

Now, if you enjoy playing games like these, here we have put together a shortlist of 3 games like Shadowgun: Deadzone that’s worth checking out.

Similar to Shadowgun: Deadzone, Hero Hunters is another popular PvP third-person shooter with over 10+ million installs.

The game is also based on a futuristic backdrop, but here most of the skirmishes take place on earth instead of in space stations. Also, the graphics are a bit cartoonish similar to Fortnight, whereas Shadowgun goes for a bit more realistic character models.

Other than this, the game employs a fun mechanic. You basically get to set up a strategic squad of 5 heroes picked from a collection of 100+ characters. Create diverse groups with certain heroes taking the role of “snipers” while others are working as “healers,” or “cyborg heroes,” and many more.

Now, in the game, you can dynamically switch between the heroes and play with each, utilizing their special abilities to destroy your enemies.

In terms of gameplay modes, you get to experience Co-op missions with your friends and also compete with players from around the world in real-time action-packed PvP tactical combat.

You can also participate in Daily Events, see how long you can last Survival Mode, test your skills in Gauntlet mode, and finally team up with your friends to fight in Boss Raids.

If what excites you about Shadowgun is its Cyberpunk design with futuristic backdrops and Sci-fi weaponry, then Infinity Ops is worth checking out. It’s an equally popular PvP shooter with over 10+ million installs. The only catch – Infinity Ops has an FPS (First Person Shooter) style gameplay, whereas Shadowgun is a Third-Person Shooter.

Now in terms of gameplay, you get access to 4 different modes. First, you have the traditional Team Deathmatch, where two teams battle out for supremacy. Then there’s the more chaotic “Deathmatch” mode, where it’s every player for himself (herself).

As you get better at the game, you can jump into the HARDCORE mode, where combat damage is doubled for a proper test of skill. Finally, you can even create custom games with custom rules and invite your friends to join the carnage.

Other than this, the game offers different in-game physics like low gravity, which will increase jumping heights, whereas universal gravity will affect running speeds. You also get access to a large assortment of weapons, each with its unique properties and features. You even get access to jetpacks to move around the map quickly.

N.O.V.A Legacy, developed by Gameloft SE, is one of the most popular Sci-Fi FPS titles on the Google Play store with over 50 million installs. It is a must-try if you are a fan of this genre.

You’ll be fighting enemies on alien planets and on top of space stations using a wide assortment of futuristic weapons. The graphics and character models are inspired by the Halo series games. As such, if you are a fan of those, you are definitely going to love this.

The game gives you access to two distinct multiplayer game modes – “Deathmatch,” where 8 players go head to head in a “last man standing” shootout, and “Team Deathmatch,” which is a 4v4 multiplayer strike. The match-making system is really solid, so you’ll only get paired with opponents of your own caliber.

Other than this, you also get an extensive Story Mode which is completely offline and covers 19 action-packed FPS levels. The campaign is definitely worth playing if you decide to try out the game.