How Many Rings Does Larry Bird Have? 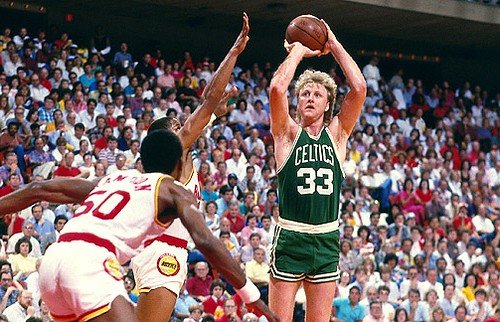 Larry Joe Bird, a former professional basketball player, NBA coach, and executive is considered the greatest shooter of all time even years after his retirement. Considered a player without a weakness in his entire 13 years of NBA career playing for the Boston Celtics.

Larry Bird in 13 years of his NBA career won three championship rings while he was a part of the Boston Celtics.

He was a 12-times NBA all-star, 9 times All-NBA first-team honors, two NBA Finals MVP, and three times NBA Most Valuable Player award. Aside from that, Bird was also a member of the gold medal-winning team in the 1992 Olympics.

Larry was declared President of basketball operations for Indiana Pacers in 2003. He took a season off in 2012.

And in 2013, Bird again became President of basketball operations for the Pacers and held the position till 2017.

Larry Bird was born on December 7, 1956, in West Baden Springs. His father was a veteran of the Korean war. Bird along with 5 siblings and mother used to live in the nearby town of French Lick, Indiana. His parents divorced while he was in high school and a year later his father committed suicide.

Larry started playing basketball to divert his attention from family problems. In 1974, Bird received a scholarship to play basketball for the Indiana Hoosiers. Bird married Janet Condra in 1975 and separated within one year of their marriage. In 1977, they reconciled and had a daughter, Corrie.

Larry Bird’s rivalry with Magic Johnson is known to all. Their rivalry started in 1979 when they faced off for the first time.

The rivalry between the legends that started with the 1979 NCAA basketball championship lasted throughout their careers in the NBA. A courtship of Bird’s and Magic’s rivalry was made into a documentary that was broadcast in 2010 on HBO.

How Many Rings Does Magic Johnson Have?

Magic Johnson was one NBA legend who was compared to Bird due to their rivalry. Magic Johnson won five NBA championships during his whole career.

He won all of his championship rings with the Los Angeles Lakers and managed to take the LA Lakers into the finals nine times during his entire career.

Who Was Better: Larry or Magic?

1981 was Larry’s first season as a member of the Boston Celtics. Being the top pick of the team, Bird won his first NBA championship in 1981 by defeating the Houston Rockers in the final match.

After losing it to the Los Angeles Lakers in 1985, Bird and his team Boston Celtics came out strong in the 1986 championship. Larry Bird won the NBA ring for the third time by defeating the Houston Rockets.

After retiring as a professional basketball player in 1992, Larry Bird retired to the NBA as a coach for the Indiana Pacers. He coached the team for three years.

Though he did not win any championship ring as a coach, he earned a few accolades.

In 1998, he won the NBA all-star Game Head Coach. He also won the NBA coach of the year award in the same year.

The net worth of Larry Bird is estimated to be around $75 million, as of 2021. Apart from his NBA playing career, he has been able to earn through coaching for Indiana Pacers, Presidency, and endorsements.

Larry Bird is undoubtedly a true NBA legend. With 3 championships rings in his career of 13 years, he is a true inspiration to so many players.

If Larry Bird’s health problems and injuries had not become a concern, he might have continued to play for more years and win more NBA championship rings.