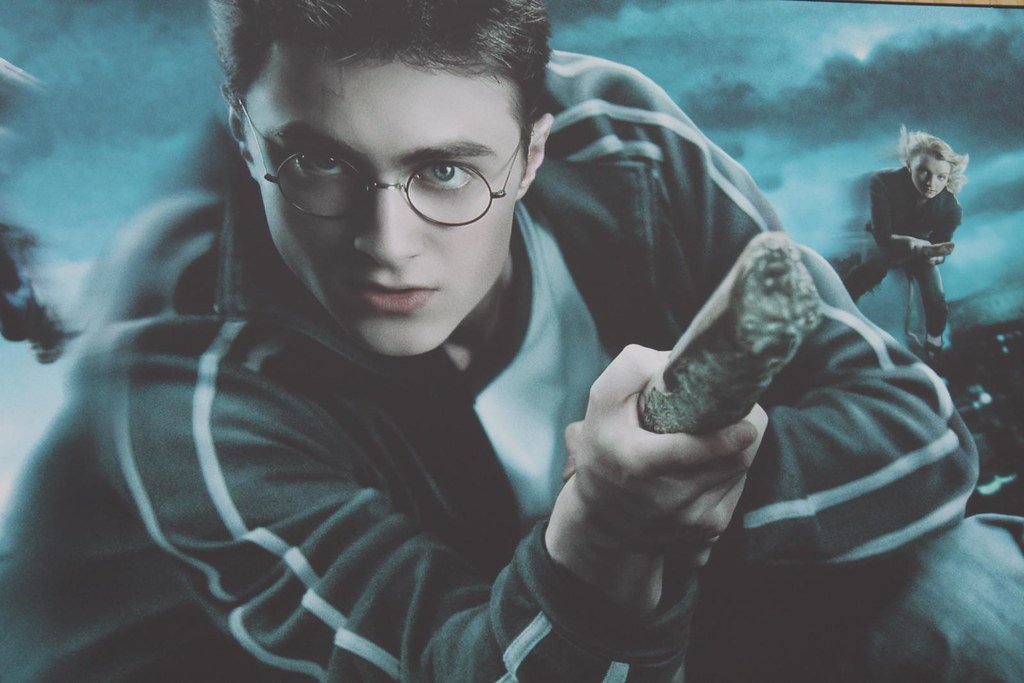 Twenty years ago, J.K. Rowling introduced her masterwork, the film adaptation of Harry Potter and the Sorcerer’s Stone to the silver screen. Ever since the tale of The-Boy-Who-Lived has been treasured in the ever-evolving minds and hearts of millions of people worldwide. As we are about to bid goodbye to 2021, we’re just as bedazzled as we were two decades ago.

Amidst a deluge of deliberation over some of the most gripping scenes from the movies, stands the firing question of whether or not Harry Potter really died in the last movie after Lord Voldemort fired the Killing Curse at him. To commemorate the magical adventures that the series has taken us through, let’s analyze this speculation in detail.

In a nutshell, no. Harry Potter doesn’t die in Harry Potter and the Deathly Hallows–Part 2. Harry’s encounter with death in the Forbidden Forest was almost inevitable after Lord Voldemort attacked him with the Death Curse.

However, he only killed his part of the soul that latched onto Harry as a Horcrux several years ago. So, the only part of Harry that dies is the one that ties him to Voldemort.

In a way, it seems like he, who shall not be named ultimately became the conspirer of his own downfall.

This was just the gist, and there’s so much more to the answer that we will take you through in the article! Brace yourself for truckloads of Horgwardian fun as we unlock every single intricacy associated with Harry Potter’s death and his mind-boggling resurrection. Want to know the details of Dumbeldore’s death, learn more here.

Going Back in Time

The popular Harry Potter took birth on July 31, 1980, and was the only son of Lily and James Potter. His maternal side of the family belonged to a Muggle lineage, and hence, he was a Half-Blood. After he was born, he was prophesied as the only wizard who would be able to defeat and kill Lord Voldemort, the most dangerous Dark Wizard of all times.

Once You-Know-Who found out about the alleged cause of his descent, he headed to Godric’s Hollow to the Potters’ with the intent of murdering Harry.

Both his parents died saving him, but the love and protection his mother offered his child in her last moments shielded him against Voldemort and saved his life. Startingly, Voldemort’s Killing Curse misfired and took him down, leaving Harry with his prominent thunder-shaped scar.

Going further, Harry’s tenure at Hogwarts and his development as an extraordinary wizard lent him the strength for his final battle with the now-revived Voldemort, who had actually gained immortality by dissipating his soul into the various Horcruxes created by him.

Did Harry Potter Really Die and Then Came Back to Life? Here’s What Happened

After defeating Lord Voldemort and completing his education at Hogwarts, Potter married Ginny Weasley, Ron’s younger sister. In the present day, he’s shown working with the Ministry of Magic as the Head of the Department in the Magical Law Enforcement.

Previously, he headed the Auror Office and was also a guest lecturer teaching Defence Against the Dark Arts at his alma mater. Simply put, Harry Potter is pretty much alive. However, there’s so much more to his life than what meets the eye, and we’re going to walk you through exactly that, so keep reading.

Harry Potter’s dance with death, resurrection, and immortality is split among the 4 phases of his life, which begins with his parents’ encounter with the Dark Lord, his literal death in the Forbidden Forest, followed by the final confrontation with Voldemort, and the speculation over his immortality.

The Series of Events in Godric’s Hollow

It was Professor Sibyl Trelawney (teaching Divination at Hogwarts) who recited the prophecy that Harry Potter was meant to obliterate the terror of Lord Voldemort. One year after this prophecy was made, the threatened Voldemort, who also led the crew of Death Eaters, went to Godric’s Hollow to kill the infant Potter.

Despite James and Lily’s best efforts to guard their son against his evil objective, Voldemort soon reached Harry and approached to kill him. However, his Killing Curse backfired and instead, he ended up killing himself during the incident, while leaving his victim with his legendary thunder-like scar.

It was not revealed until later that Lord Voldemort never really died. He simply disappeared, while Harry started living with his maternal Muggle relatives until he received an admission letter to enter Hogwarts.

It was halfway through the battle of Hogwarts that Lord Voldemort’s endeavor to kill Harry Potter was finally successful. The sacrifice and lives of many people close to Harry persuaded him to accept Voldemort’s offer to surrender himself in exchange for the safety of his colleagues and friends.

Subsequently, he decided to walk towards the Forbidden Forest, only to find You-Know-Who waiting alongside his followers.

With yielding as the only reasonable thing to do, Harry simply gave himself up without standing up against Voldemort. Soon after, he was struck with the Killing Curse, fell to the ground, and lost his life. He later found himself at a strange place known as the Limbo, where he met his mentor, Albus Dumbledore.

Dumbledore’s spirit explained the true intentions behind all his actions before his death and apologized for his behavior. Further, he revealed that Harry wasn’t actually dead, and could choose to either stay in the Limbo or make his way back to the real world. It was obvious for Harry to be baffled hearing the news, and that’s when Dumbledore explained why Harry was still alive.

Lord Voldemort had used Harry’s blood for his resurrection, which was shown back in Harry Potter and the Goblet of Fire. Since then, the two were innately bound. Their connection, in turn, was what protected Harry from Voldemort’s curse. Furthermore, after the tragedy that took Harry’s parents’ lives, the young boy unknowingly became a Horcrux!

This had always been a possibility, especially knowing that Harry carried a speck of Voldemort’s soul within him.

Once Harry reconciled with Dumbledore, he decided to return to the real world. He woke up right where he died and faked his own death. When Voldemort ordered Narcissa Malfoy (Draco’s Mother) to verify if Harry was really dead, she confirmed, even though she knew that he was alive.

This was a major turning event in the movie because this is when Narcissa chose to betray his master in order to protect his son, Draco, from Voldemort’s grip.

Voldemort, who was known for his cruel demeanor tortured Harry’s “corpse” using the Cruciatus Curse. Then, he instructed Hagrid to carry his body back to Hogwarts to declare his victory.

The Final Battle Between Harry Potter and Lord Voldemort

Grief struck every Hogwardian corner when Harry’s peers and friends saw his corpse. When Voldemort was villainously claiming his triumph, Harry Potter suddenly woke up, all set to strike a battle with his archenemy. This event marked the consummation of the prophecy narrated by Trelawney.

Just as one would hope, after an arduous duel, Harry Potter finally defeated and took the life of the Dark Lord for good, thereby concluding the Second Wizarding War in Hogwarts.

This is all about the chronology of every crucial event that represents the details of the death and resurrection of Harry Potter. As is now clear, he endured all his hostilities with Lord Voldemort, and is supposedly happy and alive today, heading a department in the Ministry of Magic!

The most raging point of contention that has left all the Potterheads around the world intrigued is where Harry gains immortality, as prophesied by Sybill Trelawney in 1980. Although this might seem like a plausible idea, there is sadly not much evidence to attest to the premise.

The internet is overflooded with thousands of varying interpretations and explanations as to why he is immortal. But, as far as the author, J.K. Rowling herself is concerned, nothing has been stated to substantiate this.

Hence, it can be said that Harry Potter sure does become the master of death in those circumstances, but he is definitely not invincible. From what we Muggles know, he will definitely die eventually, but not anytime soon! After all, these wizards are lauded for their ridiculously high life expectancy!