Why Do Huskies Howl? 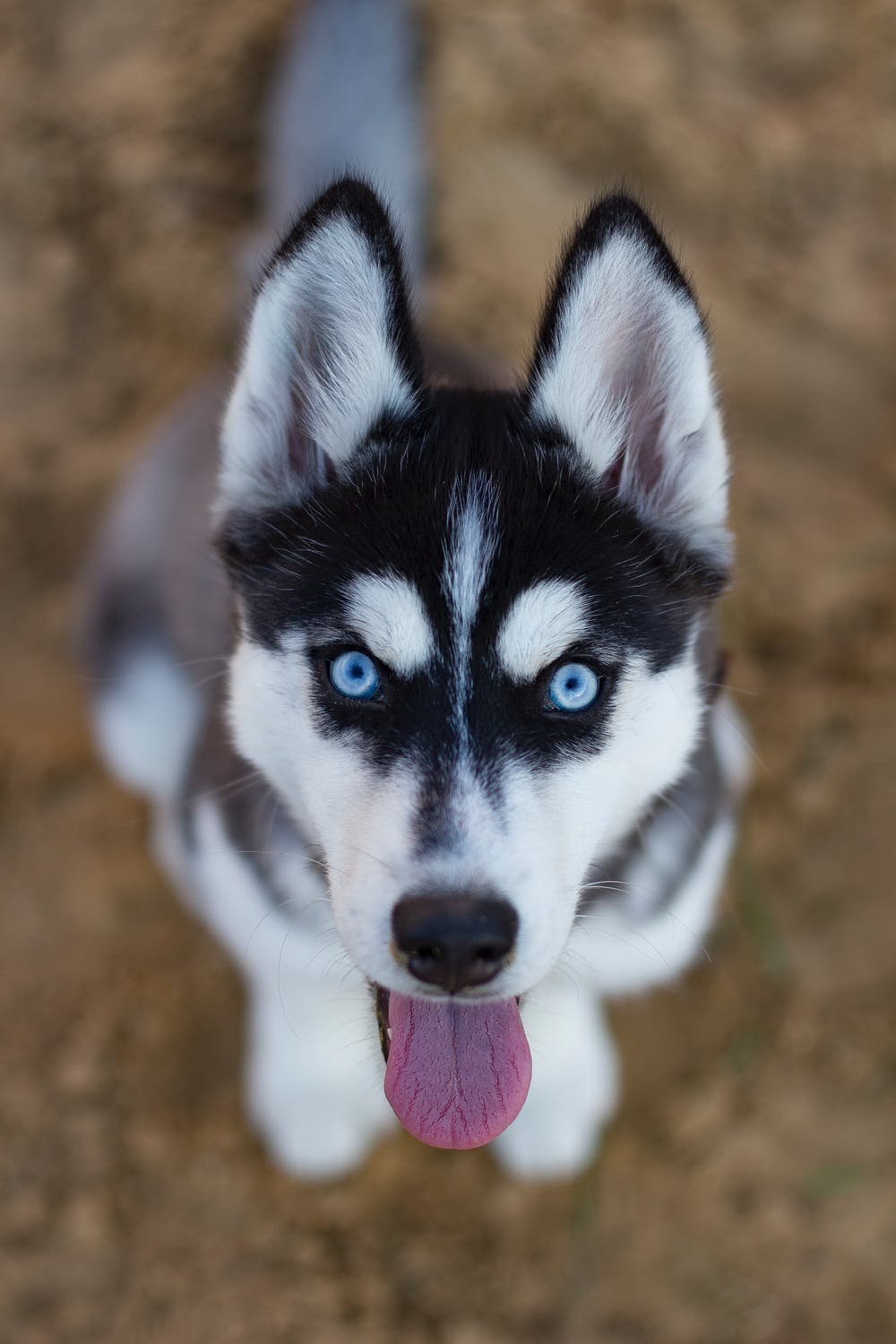 Howling is a practice that comes naturally to many types of dogs out there. However, the most common practitioners of the same among all breeds are the Huskies, who are, in fact, known to howl much more often than their other friends.

If you have newly become a pet parent to a husky, then you must be wondering why it howls in the first place. After all, it is true that when we think of a dog’s cry, their “bark” is the first thing that comes to our mind. Learn more about the meaning of dog barking here.

Simply put, the reason why huskies howl boils down to one thing: communication. This breed is a descendant of wolves, who are popularly known to howl for communication.

While all dogs belong to the same lineage, huskies share a primarily strong genetic correspondence with the Taimyr wolves which are now extinct. You can even sense this ancestral link in their heavily-furred bodies, pointy muzzle, and triangular-shaped ears.

Wild wolves usually howl to inform their whereabouts to the other wolves. When they howl instead of barking (which is another common cry among wolves), its echo might either end up confusing the pack or fade away too quickly for them to trace it. This is why they howl because the wind doesn’t easily scatter such a prolonged cry.

Just like that of wolves, even huskies commonly howl to call out to their other animal friends, or in your case, gather your attention. Their howls equip them to better communicate with the desired person since their bark can often be confused with that of another breed. However, their unique howl, due to their distinctive sound doesn’t go unnoticed.

What’s interesting to know is that to any conventional dog owner, the howls of a husky might sound similar to that of other dog breeds. But, in reality, their howls are far more wolf-like and deliberate.

Many pet owners also describe their husky’s howls as “talking,” simply because it is composed of a plethora of tones, pitches, and variations. These tonalities, in turn, make it seem as if they are literally trying to speak to you, or expressing a feeling.

If you’re a proud parent to one such magnificent husky, then you’ll know what we’re talking about!

You may also be wondering why the howl of these dogs is considered different from that of other dog breeds, like a beagle. If you analyze the howling of both more meticulously, you’ll come to notice that they sound far different from each other. Moreover, while huskies use howls as their primary form of communication, this is just not the case with beagles.

Does a Puppy Husky Howl?

You can rarely ever expect a howl from a young husky, but it doesn’t mean that it’s impossible! Howls, by nature, are instinctive to a husky’s behavior, and this is exactly why the little ones are no different.

In their infancy, their vocal cords aren’t developed enough to produce a powerful howl. Yet, they still try to mimic and respond to the howls of other dogs.

Although huskies normally learn to howl as they grow, this learning phase expedites if the pups are in presence of another older, more experienced husky. This comes from dogs’ innate ability to learn and develop skills from others of their own kind.

When Can You Hear Your Husky Howling?

Want to decipher what your husky wants to convey when it howls in different situations? Let’s take a look:

1.   To Respond to Another Howl

If you happen to be chilling with your husky while watching a movie on Netflix that involves a scene of a wolf or another husky howling, it is highly likely for your Siberian to respond back with a howl. And, if you haven’t yet experienced this with your furry friend, then it’s really fun to give it a shot by playing a YouTube video of a wolf of husky howling, and seeing how your dog reacts to it. Chances are, the howl coming from the screen will instantly intrigue your pet, followed by it producing a howling cry itself.

Huskies are known to respond with howls whenever they hear a high-pitched sound, that appears to be a cry for help. For instance, the siren of an ambulance or the crying voice of a toddler might get your husky to react. This is because both the aforementioned alarms are quite high-pitched, which could potentially be confused as a call from another fellow husky.

And, just like we mentioned, this is all because of their intuitive demeanor. This means that this will also be the case even if your pet has never experienced a dog pack situation earlier, simply since they’ve been born to respond this way.

3.   To Tell the Owner That They are Not Well

Howls are also known to represent emotions such as stress, anxiety, or cries of pain. If your pet husky often howls at nothing specific and you’re not able to determine why you might want to take it to a vet to look for probable health issues.

Typically, Siberian huskies are a very healthy breed. However, their health can be threatened by canine hip dysplasia and hereditary eye diseases. Also, another common way to identify the cause is to check if your pet seems to be lashing out due to their pain from injuries.

This behavior will help you check if it is suffering from any of the aforementioned disorders. Basically, if you think about it, howling in this case is just another way of communication.

4.   When Your Pet is Getting Anxious

Just like other dog breeds, your husky can also experience abandonment and anxiety issues. Such emotions can arise if you’re away from your pet for a longer duration, in which case they’re bound to feel lonely and abandoned. This is exactly why it’s never a good idea to get a husky if you’re a busy person.

Such a feeling of abandonment in your huskies can induce a sense of anxiety, and they handle it by howling excessively in order to seek your attention. In fact, you might stumble across many such YouTube videos where huskies are shown continuously howling alone, in the absence of their owners.

Huskies are one of the most loyal and social dog breeds. When they’re raised in a home environment, their human family becomes their pack. These dogs thrive on excessive affection and love.

Your husky’s howls don’t always suggest signs of distress, anxiety, or pain. They also communicate through their high-pitched cries to indicate joy. In fact, their howl makes a very noticeable expression when they’re extremely happy.

You might hear such cheerful howls on occasions when you are back home to your pet from a long trip or after a long day at work.

6.   When They Want to Alert you of Potential Dangers

When it comes to danger, dogs are blessed with their sixth sense and huskies are no different. In such a situation, your dog might try to warn you by incessant howling. Through their howls, huskies attempt to catch your sight and try to get you away from a potentially dangerous area.

It’s true that a husky’s friendly behavior doesn’t make this breed a great guard dog, but their high adaptability, intuitive nature, and intelligence equip them to spot threats. So, while they might not be able to protect you, they’ll definitely alert you against dangers.

What to do When Your Husky Howls too Much?

If your pet still howls uncontrollably, then it’s probably a sign to look for underlying causes, because their howls might suggest behavioral issues, anxiety, or sickness.

If your pet is acting weirdly and confirms your suspicion of behavioral issues, then training it might help. You can always go ahead and hire a dog behaviorist to reduce such unnecessary howling.

Like most dog breeds, even huskies are highly trainable pets. This is exactly why they have achieved such high levels of domestication in today’s time.

Another great idea to control their howling is to train them by enforcing techniques such as rewarding positive behavior, and teaching them commands such as “stop.” Once your pet takes a pause and obeys your command, simply reward it with its favorite snack.

Huskies are far more closely linked to wolves than any other breed, and their relation to the latter is why they howl so much. Your pet might respond to you or other members of the family to communicate emotions such as happiness, loneliness, or displeasure on being left alone.

True to its roots, howling comes instinctively to huskies. Never try to evade this practice entirely, because stopping them from howling is just like obstructing humans from talking. So, just let them howl away as you cherish their loving presence!