Why Do People Talk in Their Sleep? 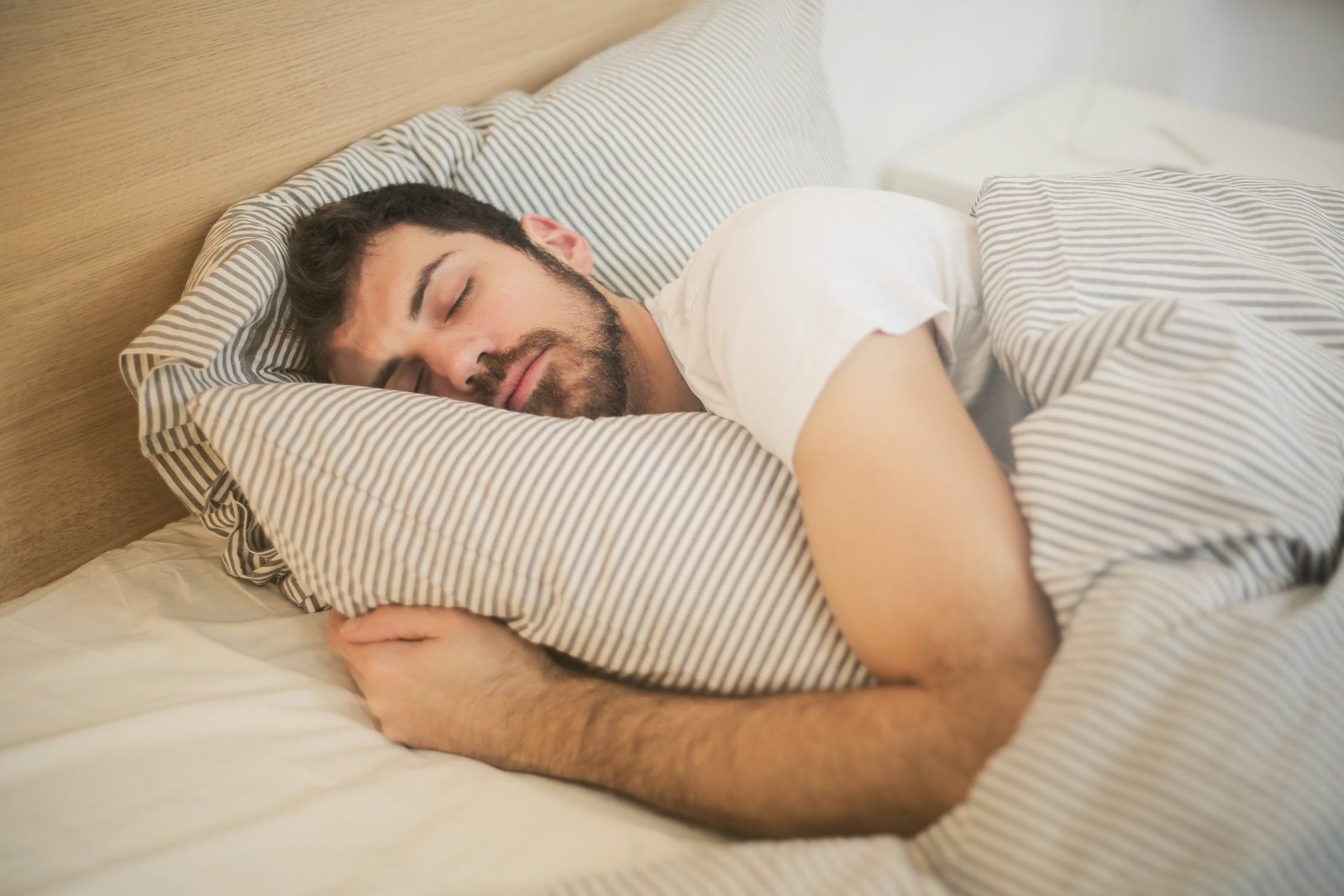 Have you ever been woken up in the middle of the night by your partner or roommate cause you were mumbling nonsense while sleeping? Most of the time, you don’t even realize that you were talking in your sleep. Talking in sleep can be funny and embarrassing. It is estimated that 2 out of 3 people talk in their sleep at some point in their life.

Sleep talking is usually harmless but at times it can be a sign of a more serious disorder. Common sleep talk triggers include alcohol, mental health conditions, stress, sleep deprivation, night terrors, medications, sickness, and more.

In this guide, we will tell you why do people talk in their sleep, what causes sleep talking, and how can you stop sleep talking.

What is Sleep Talking?

Sleep Talking (also known as somniloquy) is a common type of parasomnia that takes place when a person is sleeping. It is quite a common occurrence and not a cause of concern — and is quite common in children and adolescents than adults.

Although sleep talking is harmless those hearing it can find it irritating or offensive. Sleep talkers usually talk to themselves but sometimes they carry on the conversation with others. They may whisper or shout.

People usually do not talk for more than 30 seconds and sleep talker isn’t even aware that they are talking and won’t remember it the next day.

Around 50 percent of children and 5 percent of adults experience sleep talk. Research has shown that almost 66 percent of people have spoken in their sleep at some point. Most people sleep talk when they are sleep-deprived or stressed out.

In most cases, sleep talkers babble more than speak the whole sentence. When you hear your partner or roommate sleep talking gibberish, they are more likely in the third or fourth stage of their sleep.

However, if they are speaking complete sentences, they are more likely to be in the first or second stage of their sleep.

For the majority of people, Sleep talking lasts only a few seconds but some people may talk the whole night. Sometimes, sleep talker whispers, and other times they may shout.

Who is at Risk of Sleep Talking?

Sleep talking can occur to anyone. Though, it is more common in children than in adults. Boys and girls are equally likely to talk while sleeping.

It is generally inherited from the parents. If either of their parents used to sleep talk during their childhoods, kids are likely to exhibit the same behavior.

Sleep talking is often triggered by:

What are the Common Symptoms of Sleep Talking?

A person who is sleep talking won’t even realize that they were talking in their sleep. Usually, your sleeping partner will wake you up if they hear you shout while sleeping. The main symptoms of sleep disorder are verbal expression or noise.

This is a short-term disorder and usually, with little lifestyle changes, it can be fixed. But for some people, it can last longer and can even become chronic.

The disorder for some people can also include night terrors or nightmares, sleepwalking, sleep apnea, seizures, and confusion.

What Causes Sleep Talking in Sleep?

Scientists are still not sure what causes sleep talking. It usually occurs itself and does not cause any harm. However, in some severe cases, it can be due to a sleep disorder, such as:

REM is a sleeping stage that accounts for 20 to 25% of the total sleeping time and it’s the busiest time for the brain. During this stage, our body rests which prevents us from acting out our dreams.

But people with REM sleep behavior disorder act out their dreams and talk while sleeping. They could also get violent and even start sleepwalking.

Night terror, also known as sleep terror is a disorder called parasomnia, in which a person appears terrified and scream, yell, kick, or thrash during their sleep. It is usually hard to wake someone having a night terror. A person with night terror usually doesn’t recall that they were yelling, screaming, or kicking in their sleep last night.

A person having Nocturnal Sleep-Related Eating Disorder eats while they are asleep. They can prepare a whole meal while being completely unconscious. They could even carry on a whole conversation while eating unconsciously.

There are certain prescribed drugs whose one of the potential side effects could be somniloquy. You need to check your prescribed drugs if they are the reason for your sleep talking. If that’s the case, you may need to ask your doctor to adjust your medications accordingly.

Those dealing with emotional stress are more likely to talk in their sleep. It could be because the brain is having problems shutting down or it could be the subconscious mind working overtime to figure out a solution for the problem you are currently dealing with.

Some drugs can affect your sleeping patterns and they could be the reason for your sleep talking. And just like drugs, alcohol could also cause you to talk in your sleep.

How to Stop Talking in Your Sleep?

However, there are some improvements or lifestyle changes you can make to prevent sleep talking:

When to See a Doctor?

Usually, sleep talking does not cause any harm but if you start talking in your sleep more often and your partner is getting disturbed, you may need to consider making an appointment with your doctor.

If your sleep talking also includes screaming, thrashing, kicking, you may need to consult a doctor immediately. Your doctor may be able to give you a better perspective on how to treat your sleep disorder.