Why Does My Cat Reach His Paw Out to me? 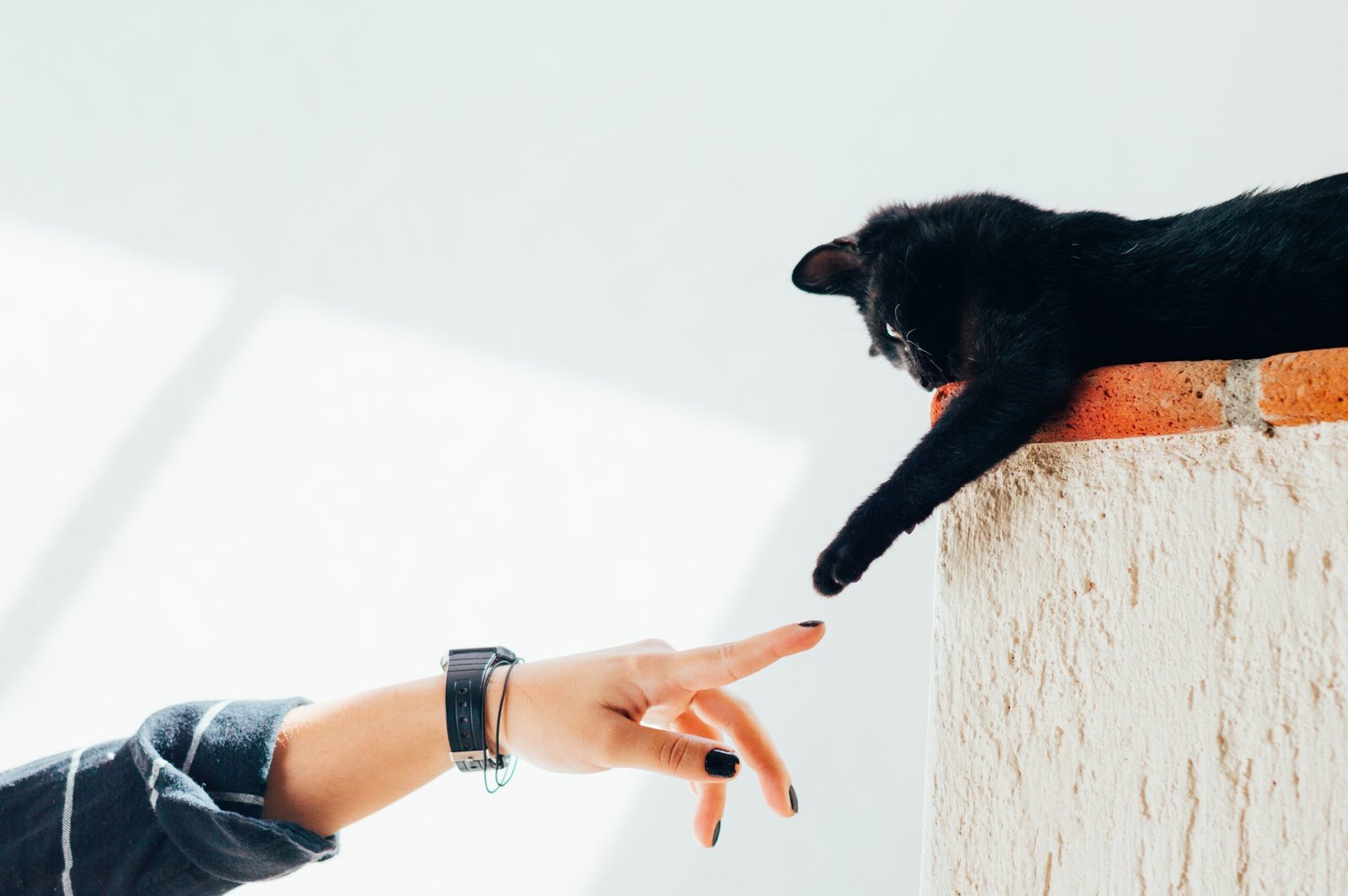 Cats won’t wag their tail or lick you like dogs, they have some other ways to show you that they love you. Cats do some weird things like pawing and biting to tell their owner that they love them. If your cat also reaches out to you with their paw, you may be wondering what does it mean.

If your cat reaches his paw out to you and blinks its eyes they do this to show affection or to gather your attention. However, reaching out to you with their paw could also mean many other things which we will discuss in detail in this guide.

Reasons Why Cat Reach to Humans With Their Paws

Cats do a lot of weird things for different reasons. If your cat is reaching out to you with his paw, you might have a lot of questions in mind like- what is my cat trying to communicate? Does my cat want something? Is my cat doing it deliberately or is it just an accident?

As said earlier, a cat uses its paw to reach out to you due to a number of reasons. And because cats aren’t as social as dogs people often misjudge this gesture of them as a sign of aggression or anger.

Here is a complete list of reasons why your cat reaches out to you and touches you with its paw.

Your Cat is Simply Stretching

Stretching in cats is a lot more common than you may think. Cats love to stretch and it is quite common to accidentally reach their paw in your direction while they’re stretching. This does not mean that they want your attention.

If your cat reaches out to you with their paw while they’re half asleep it’s because they are stretching their muscle. This is a sign of a happy, relaxed, and comfortable cat.

They’re Trying to Grab your Attention

If your cat walks up to you and reaches out its paw, it could be because they are trying to grab your attention. Perhaps your cat wants food or just wants to play with you. You need to pay attention to your cat’s body language to understand what it wants.

However, you may not know this but cats have a poor close-up vision. So, it may be possible they are reaching out to you with their paws to see you properly while you are close to them.

They Need your Help

If a cat is showing it’s paw to you, it is possible that they don’t your attention or affection but they want you to help them with something. If there’s a door in front of their way out, they might show you paw as a sign of help.

It could also be possible that they want something, and as soon as you give them the attention they will start running in that direction. That’s your sign that your cat doesn’t actually want you to pet them but to help them with something.

Some cats reach out their paw to their owners when they’re hungry and want something to eat. If your cat comes to you and shows its paw while meowing, the chances are it is hungry. This is normally a learned behavior.

If you feed him when he does this, a cat will repeat this every time it is hungry and want something to eat.

Usually, when a cat paws at you it is a sign of relaxed behavior. But it could mean something else. Your cat may come to you and show its paw to ask for your help. It could mean they are hurt or in pain.

Carefully examine your cat’s paw and look for signs like limping, swelling, or bleeding. Normally, cats are very good at hiding illness. They don’t show any signs of illness.

Some cats stretch their paws to fix the sore limbs.  If you feel like something is not okay with the cat, you may need to call your vet and ask them to examine your cat carefully.

If your cat reaches out a paw and gently taps you it means they just want to play and ask for a toy. Cats normally tap fellow cats when they want to play with them so doing the same with humans makes so much sense. Hand over a toy to your cat when your cat taps you.

When a cat reaches out their paws to you it could mean so many things — from asking for food and seeking attention to showing affection or a sign of illness. But just be careful about letting a cat touch your face as they have sharp claws. Cat scratches are no joke they can really hurt you.

Knowing a cat’s behavior is quite difficult as they don’t show many emotions like dogs. As a cat owner, it is up to you to understand why is your reaching out to you with its paw.