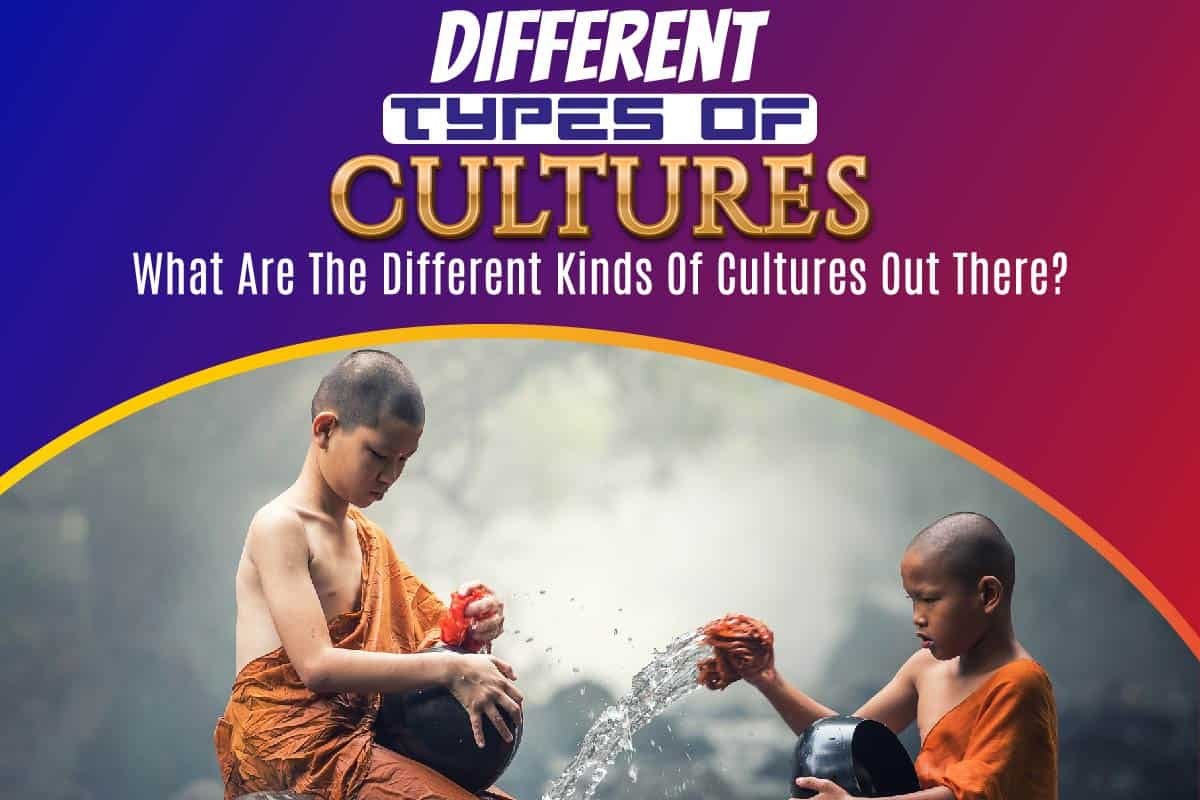 Culture unites people in different parts of the world, primarily through shared traditions, beliefs, and expectations. There are thousands of cultures existing in all world countries today, and many share similar components and striking differences. Colonialists imposed some cultures on the people they governed for decades, and those colonized have retained such culture over the years. There is no culture in the world today that is not influenced by religious and traditional beliefs. Cultures are represented by dressing, food, rites, and languages.

So How Many Different Types of Cultures Exist?

What Are The Elements Of Culture?

Symbols are perhaps the foundation of any culture. These are simply the signs, arts, and literature that stand for something else. Symbols will always invoke different reactions and reactions. Symbols are those non-verbal communication means, and some can be material objects. Shared symbols always make social interactions possible within a cultural system.

Some parts of the Middle East, Africa, and Asia will feel offended if you eat with your left hand; this is not the case in many Western countries.

Language is the most crucial element of any culture. Language is also the single entity of culture that separates one culture from the other. For instance, a “chair” in English is an object we sit on, while “Silla” means the same thing in the Spanish language.

Language in culture can be spoken or written, and though spoken language evolved into written language, written language tends to involve images more than words. It is easier for individuals outside of a particular culture to learn the language of others more quickly through pictures and words.

Language influences how we perceive other people’s cultures. People with certain accents are perceived to be aggressive because of how they speak, whereas they may not be aggressive physically.

Norms are other popular elements of culture that vary from one place to the other. Norms can be referred to as the standards or expectations for behaving within a society. For instance, the way younger people greet their elders in a culture is a norm.

Norms can be divided into two; Formal and informal. Formal norms are also referred to as Laws or mores and are considered the most important in any culture. For instance, in Western countries, there are formal norms, traffic codes, student behaviors and laws against hate speech, and criminal codes.

Informal norms are folkways or customs. These are standards for behaviors that are considered less important within a culture. For instance, informal laws may include how we greet people and how we ride in the elevator.

Norms differ significantly from one culture to another; for instance, some African cultures recognize women who have the privilege to enjoy sex. In some other cultures, they regard such women as deviant. Similarly, Homosexuality is frowned at in many third-world countries but acceptable in developed countries.

Rituals are cultural elements that vary from one culture to another. Rituals are established procedures and ceremonies that every member of the culture must practice. These rituals mark the transitions in life courses. Rituals also reflect and transmit cultural norms alongside other elements of culture, from one generation to another.

In many cultures, rituals are performed to appeased spiritual beings or ancestors who passed away many years back.

Beliefs are the backbones of any culture. Just before creating any culture by society, the members of the society will decide their sources of motivation that are considered appropriate. Wearing long beards, keeping daggers or swords are just some symbols of popular beliefs in any culture. Christians wore the crucifix, for instance, represents the belief in the death and resurrection of Jesus.

Values are elements of a culture born out of the perception of thoughts of members of the cultural setup. Values are essential guidance passed from parents to children and from one generation to another within a culture.

While there are some generally acceptable values across all cultures, other values can be strikingly different from one culture to the other. Values can be accumulated and can pass from one generation to another.

Cognitive elements can be described as the survival strategies for any culture. These are elements used in protecting lives, properties, and every other element of culture to extend their lifespan.

What Are The Key Features Of Culture?

Another critical feature of culture is that it is social. The social part of culture creates the fun that members within the cultural setting relish from time to time.

One great feature of culture is that it is shared. This statement of fact is why someone who marries from another culture will be automatically considered a member of a culture he or she is married into. Culture is also transmitted, which means outsiders can quickly learn how and how they interact within another culture. It is pretty common to see Europeans dressing and learning the languages of Africans in the past few years.

Culture is continuous, which occurs due to the persistent act of preserving culture from one generation to another. Culture is also accumulative, which means you can never know its end, but you have to keep learning to understand more.

Culture is constantly evolving and changing. This is why you see people bringing up new ideas in the way they dress and organize cultural ceremonies. Even cultural foods are growing, especially with fresh ingredients and the discovery of better ways of preparing such food.

People can integrate culture, and that is one feature that makes culture easier to be accepted by other people.

Culture can take some time to learn and can even be difficult for people to adjust to a new life. This is particularly true for individuals who experience culture shock when they are exposed to a new environment. Individuals who exercise patience and self-control will eventually adjust quickly to new cultures and ways of life, thus forgetting those difficulties they have experienced initially.

Unfortunately, many cultures have gone extinct over the years due to other cultures that seem to be more acceptable. Some languages have also gone extinct as people continue to migrate for better economic and social wellbeing. These trends will continue for many more years to come.

As many cultures go extinct new ones are born and there is no guaranty that even the newly created cultures will remain relevant for a long time. Culture is the way an individual perceive things within his immediate environment, it is therefore possible to have a change of mind especially when one is in conflict with his culture.