Who is Donna Goudeau and What Happened To Her? 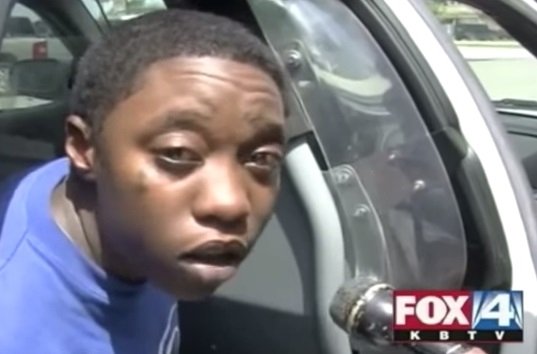 Donna Goudeau is a criminal from Texas that turned into an internet sensation back in 2014 after a video of her arrest in 2011 went viral.

In 2011, Donna Goudeau, along with two other male accomplice’s were charged and convicted of violent assault and armed robbery against Juan Sustiata, a 73 year old Kansas man staying at the Driftwood Inn on Memorial Boulevard.

According to Authorities, on July 20, 2011, Donna Renee Goudeau, along with the two men, Keyron Elmore, 28, and Jeremy Goudeau, 20, went door to door knocking at Driftwood Inn until Juan Sustiata answered.

Upon opening the door, the perpetrators forced themselves into Juan Sustiata’s room, physically assaulted him and stole his debit card. Some of the perpetrators went to an ATM while some stayed with the victim, a pillowcase was placed over his head while being stabbed repeatedly. It is stated that Juan was tortured until he gave them the correct pin number to his debit card.

As a result of the severe injuries, Juan Sustiata, is no longer able to perform his job as a pipefitter and lost his source of income. The perpetrators were later arrested after trying to use Sustiata’s credit card to purchase gas.

A fourth individual, Devin Hammon, 28, was arrested with the trio, but authorities claim he wasn’t part of the violent robbery, and was charged only with unauthorized use of a motor vehicle. The video of their arrests was caught on tape, and in 2014 the video went viral, turning Donna Goudeau into an internet sensation.

The three assailants responsible for the violent robbery were all convicted for their parts in the robberry, Keyron Elmore, 28, was sentenced to 60 years, Jeremy Goudeau, 20, was sentenced to 50 years, and Donna Goudeau was sentenced to 18 years in prison. Donna isn’t scheduled to be released from prison until July 29, 2029.

Donna Goudeau’s arrest video is responsible for her sudden rise to fame, in the video, Donna Goudeau made several comments which many found comical. Some of the most memorable lines from the video include the following: