How Many Teeth Do Sharks Have? 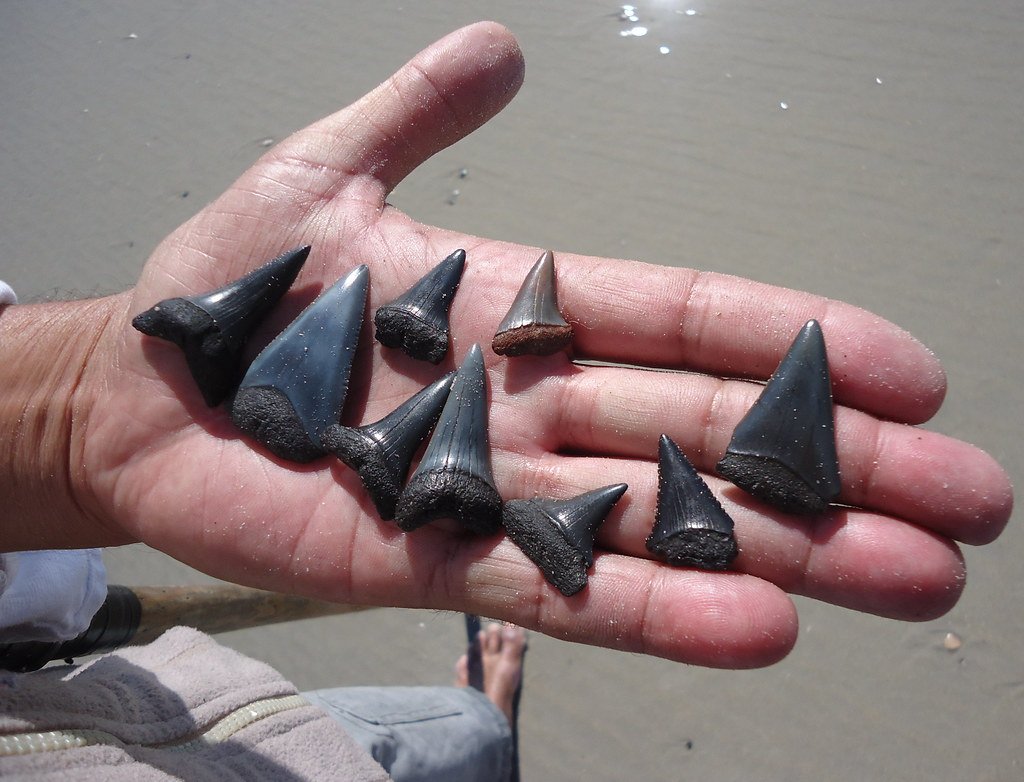 If there’s one thing relating to sharks that everyone is fascinated with, it’s definitely their enormous, powerful, and gigantic teeth.

Their teeth are an integral part of their grabbing, tearing, and killing their prey strategy. But how many teeth do sharks have? Typically sharks can have from 35,000 to 50,000 teeth over the course of their lifetime.

They keep losing and replacing their teeth constantly. In short, sharks are teeth making machines.

How Do Sharks Lose Their Teeth?

Depending upon the species of sharks, on average, they have 50 to 300 teeth during different stages of life. A shark tooth surprisingly isn’t as durable or strong as a human tooth and hence it falls out so easily.

Their teeth don’t have roots so they keep losing them and replacing them with new ones constantly. Some last as little as one week before they get replaced by new ones.

This is exactly why shark teeth are commonly found on the shores of beaches. Even though their teeth are weak, their powerful jaws make them the most powerful predator of the ocean.

How Are Shark Teeth Counted?

Unlike humans, sharks have teeth layered in rows and series. Rows of teeth besides the line of jawline are counted. While series are counted from the front of the jaw to inward.

In each row, there’s one or more functional teeth and several replacement teeth behind it. Most sharks, on average, have 15 rows and 5 series of teeth.

But some can have more, for example, bull sharks have fifty rows and seven series of teeth. Research has shown that when a shark loses a tooth in a front row, the tooth in the back takes its place and this happens in less than 24 hours.

There are over 500 species of sharks living in the sea. Sharks are considered the top predators of the ocean thanks to their jaws that are more powerful than any other creature.

When a shark bites, they bite first with their lower jaws and then with upper jaws. The number of shark teeth varies depending on their species and diet. Though shark’s distinctive-shaped teeth can be divided into four main categories.

Some sharks have dense-flattened teeth that are commonly used to crush and grind bivalves such as mussels, scallops, and oysters and crustaceans such as crabs and lobsters.

Nurse and Angel are some of the examples of shark species that have dense flattened teeth. These species are commonly found at the bottom of the ocean since it is where they find their food.

One of the most deadly sharks, great white sharks are full of these deadly dentures. These teeth have serrated edges that allow sharks to cut their prey into smaller pieces.

The sharks that have this type of teeth majorly prey on large mammals and fish.

The biggest shark in the ocean whale shark and basking sharks that are plankton feeders have this type of teeth. These sharks filter feed and therefore don’t need functional teeth for eating.

The Shape of Shark’s Teeth

Different sharks have different shapes of teeth. Most sharks do not chew their food, they use their teeth to grab, tear, and rip their prey. Hence, their teeth are sharp-shaped, wedge, and wide with a psoriatic edge.

Mako and Lemon sharks use their small and sharp teeth to catch and grip slippery fishes. Some species like Angel and Nurse shark have conical, thick, or flat teeth that help to crush crabs, oysters, and mollusks.

Some Interesting Facts About Shark Teeth

Both upper and lower jaws of shark moves while chewing

Most mammals’ upper jaw is attached to the skull and hence only their lower jaw moves while chewing or eating. But the same is not the case with the sharks as their upper jaw rests below the skull that can detach itself while biting or chewing.

Some species of sharks eat their own teeth

Some species of shark sheds their entire lower row at the same time. They often eat or swallow their own teeth with whatever food they are eating.

The outside of shark teeth are made up of 100% fluoride which is nature’s cavity fighter and most of the toothpaste is made of that.

Shark teeth can fix by themselves

Unlike humans, shark teeth are arranged in a conveyer belt which means if any of the shark teeth fall out it gets replaced by another one within a day.

Shark teeth are used by humans

There have been shark teeth remains found in America.

Final Count- How Many Teeth Do Sharks Have?

The number of teeth sharks have depends upon their species and diet. Since shark teeth keep on falling and are replaced by new ones, they can have around 50,000 teeth during the span of their life.

It is only because of their powerful teeth, sharks are able to bite and destroy their prey with full strength and ferocity.